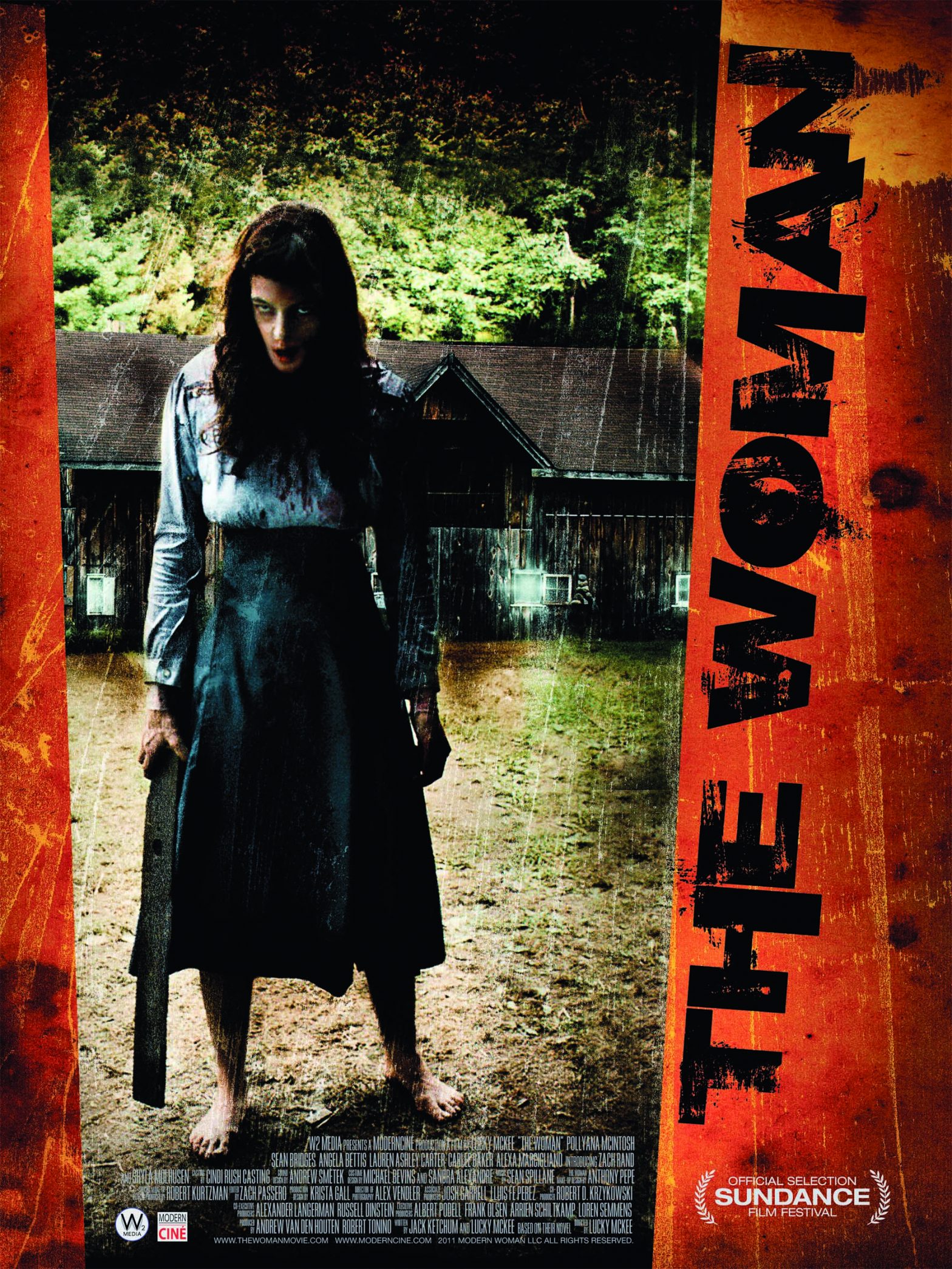 The exhausted and hungry Woman stumbles through the forest while trying to stop the blood from streaming out of a stab wound. She comes upon a wolves den and crawls inside, where she finishes off the beast. After she has had her fill, the Woman falls into a deep sleep. Near her hiding place stands the home of the Cleek family. Its patriarch, Chris Cleek, is clearly a man of devious morals. The next morning, Chris goes out hunting in the forest and discovers the Woman while she’s bathing in a stream. When he sees her wild nature, he decides to tame her. Chris catches the Woman and drags her to cellar, where he chains her like an animal. The entire family is ordered to participate in the project to “civilize” her. The Woman watches, learns and waits for a change to avenge herself upon her captors. Festival favorite Lucky McKee ( May, The Woods, Roman ) is back in Brussels with the eagerly anticipated The Woman. The film, shot in only 24 days, created quite a scandal during its premiere at the Sundance festival in 2011 because of its shocking nature and some fainting viewers. The BIFFF audience is, of course, used to a lot and what McKee offers here, will make us drool with anticipation. The Cleeks are our kind of dysfunctional family: incestuous, sadomasochistic, amoral and violent. The extremely realistic way in which McKee shows the brutalities that are inflicted on the Woman will hit us in the face like a sledgehammer. With Pollyanna Macintosh ( Offspring, Burke and Hare ) as The Woman and McKee’s muse, Angela Bettis ( May, Girl Interrupted ), as mother Cleek.