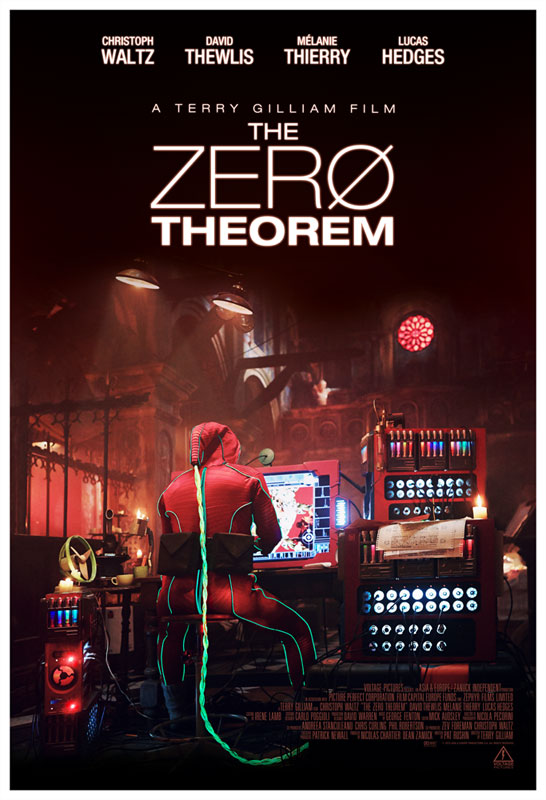 A world where powerful conglomerates control and manipulate every aspect of our lives. Bald, eccentric Qohen Leth is an introverted computer genius who’s constantly waiting for a phone call that will explain to him the meaning of life. He works for a mysterious oligarch who is only known as Management. His job is to break the code of the Zero Theorem, a mathematical formula of which the implications would put Einstein’s relativity theory in the shade. Holed up in a burned out chapel, he’s regularly visited by a few strange characters who try to help or hinder him with his job; like the slimy Joby, the seductive Bainsley and Bob, the teenage son of Management. Zero Theorem is, after Brazil and 12 Monkeys, the closing piece of Terry Gilliam’s existential trilogy. Fans of the American python and cinematographic visionary will be pleased to discover Gilliam’s dada’s: an Orwellian world, Big Brother-like surrealist paranoia and deliciously absurd humor. Once again, a parade of international talent was willing to plunge into Gilliam’s unique universe: Christopher Waltz (Django Unchained) as Qohen, David Thewlis (Naked) as Joby, Mélanie Thierry (Babylon A.D.) as Bainsley and Matt Damon (The Bourne Trilogy) as Management.