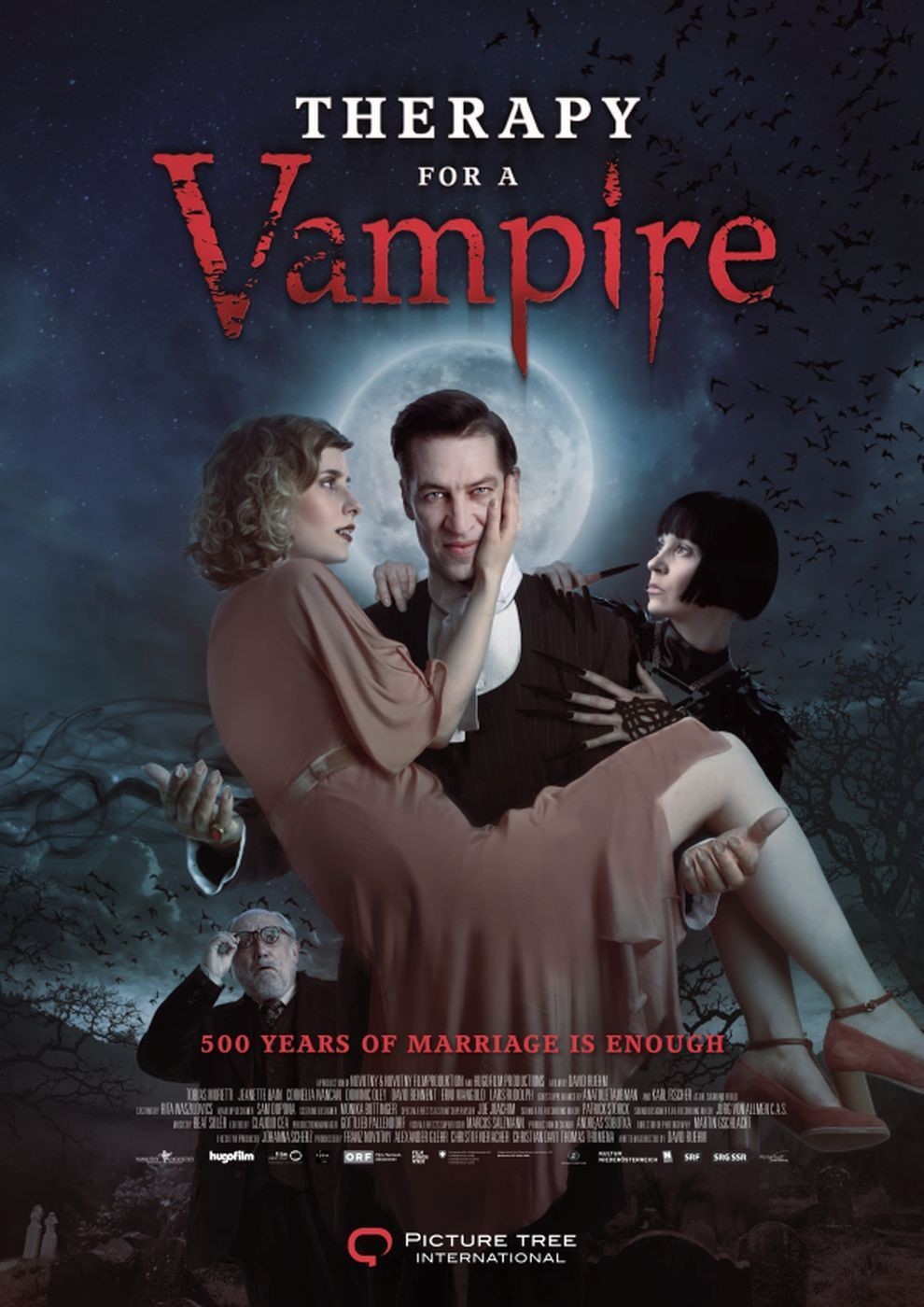 THERAPY FOR A VAMPIRE

Vampire count Geza von Kösznöm is lying on Sigmund Freud’s couch because he’s bored of his life and frustrated of the “eternally long” relationship with his wife Elsa, who’s constantly complaining about the fact that she’s not able to look at herself in the mirror anymore. Freud advises him to hire the services of Victor, a talented young artist, to paint a portrait of his wife. There’s only one problem. Viktor’s girlfriend is the spitting image of Geza’s former mistress, who lost her head at the fall of Constantinople!

The first film of David Rühm (The Escape, El Chico) in 17 years is a wickedly entertaining comedy with a lot of bite. There’s a surprisingly high amount of old fashioned gore and the cast have a lot of fun with their parts. Veteran actor Tobias Moretti (The Dark Valley, TV’s Commissioner Rex) plays the grumpy count Geza. Jeanette Hain (The Reader, The Whistleblower) is countess Elsa and Karl Fischer (Dead in 3 Days) incarnates Sigmund Freud.