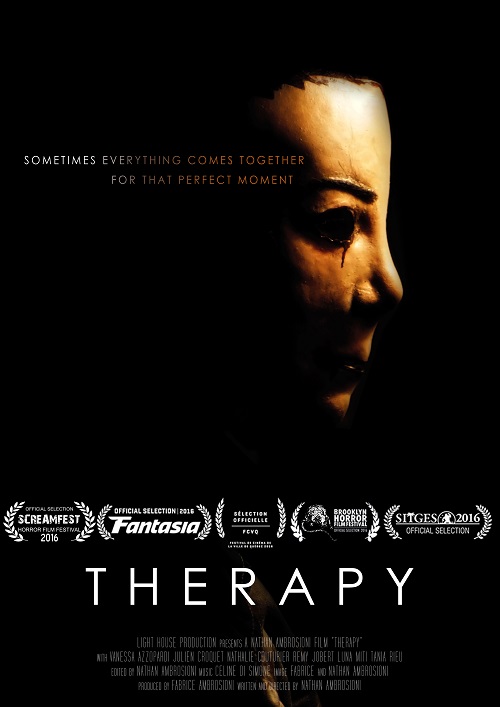 For Jane and Simon, two cops who draw their guns as often as the Dalai Lama, this call sounds like music to their ears. A night watchman has just discovered a bunch of strange video tapes during his round. While watching the material, they’ll make a terrifying discovery. The first images seem innocent. Some kids are having a good time in the woods. But a few screams later, the investigators find themselves with a mysterious disappearance on their hands. They’ll have to keep watching for more clues, but with the passing of time, this disappearance could be transformed into bloody murder. Nathan Ambrosioni knows what he wants to offer his spectators. He’s a great enthusiast of movie chills and excels in the art of raising the tension-meter with jump scares and fuzzy shadows in the background, while patiently setting up parallel intrigues. There’s a small, but important detail. Nathan directed Therapy when he was 16, an age where most of his peers are hunting Pokémon. The film already found a home at several festivals, including Sitges and Fantasia. Have we discovered the Xavier Dolan of genre cinema?