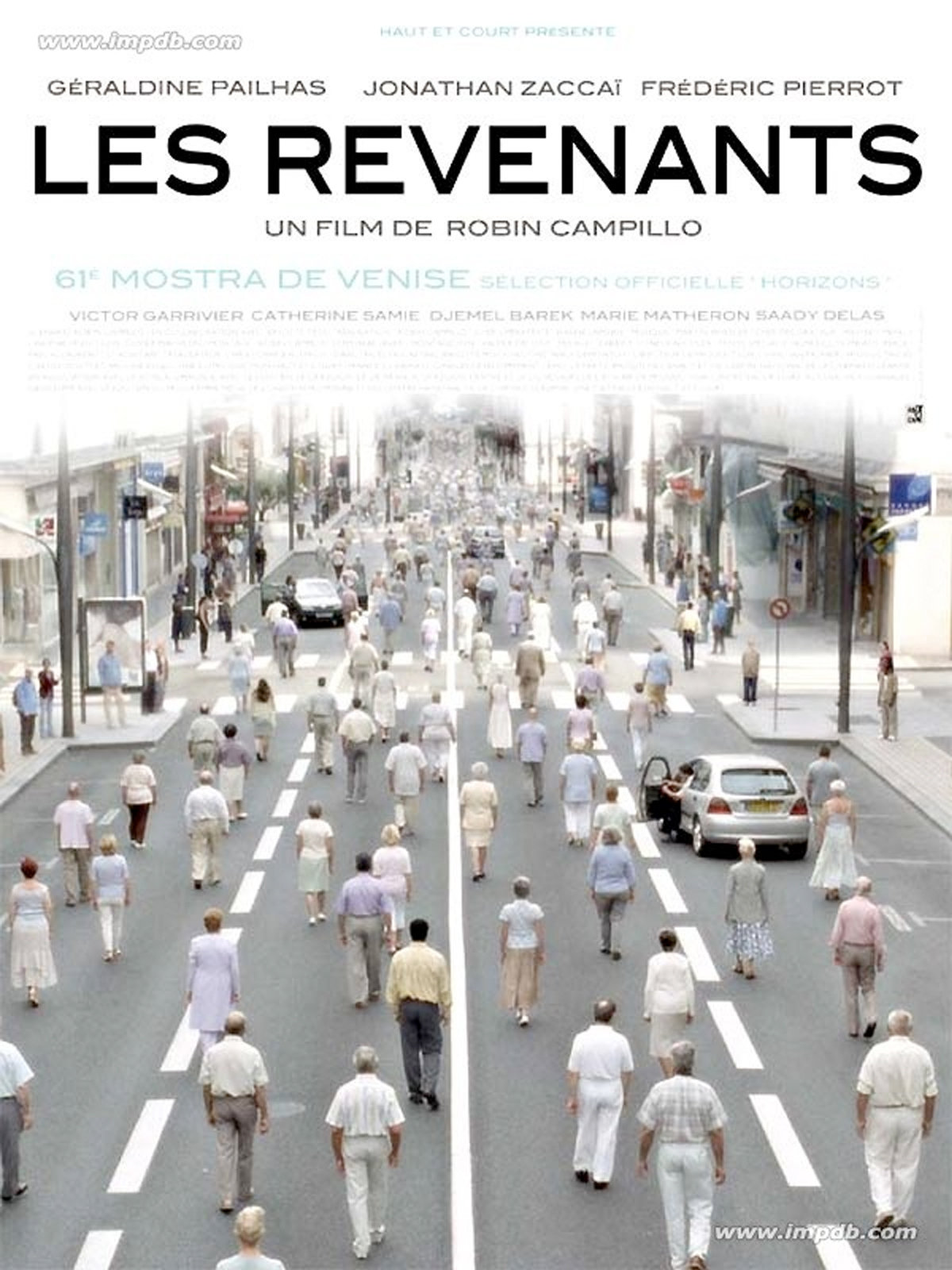 It’s the middle of the day in a small provincial French city. An army of living dead pour out of the municipal cemetery and invade the town centre. They look no more fearsome than a stream of middle-class Sunday strollers. All over the world, millions of the recently deceased have risen from their graves. The city council is soon discussing the enormous logistical problems of providing shelter for the returnees from beyond. Several citizens uneasily reunite with their dearly departed; the mayor and his wife, a young woman and her lover and a middle-aged couple and their son. As they struggle to come to terms with these macabre homecomings, the community of the dead slowly begin to show disturbing behavioural patterns. Les Revenants is not your average zombie film. Terror, gore and sfx are replaced by an existential consideration. What if the dead really rose from their graves to cohabit with the living ? Director Robin Campillo has directed a thoughtful drama with considerable visual flair, subtle camerawork and fine performances from, among others, Géraldine Pailhas (Suite 16, Hikers, Officer’s Ward). By confronting his characters with their deadly beloved, Campillo forces us to come to terms with our own failings as living human beings.