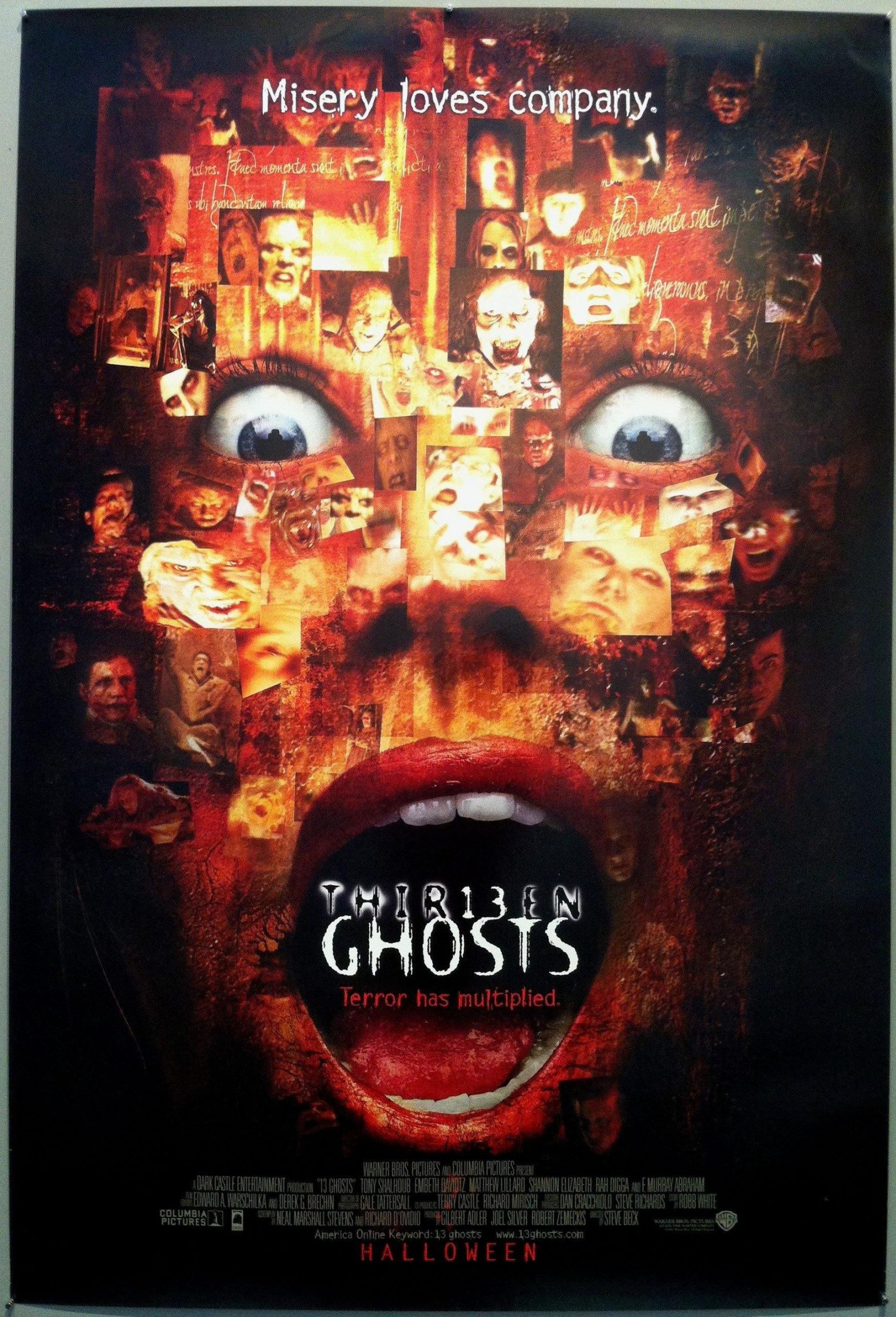 Arthur Kriticos and his two children, Kathy and Bobby, have lost everything but each other. Jean, Arthur’s wife and the children’s mother, pe-rished in a fire that left them with nothing. That is, until out of nowhere, Arthur inherits an unusual house from his mysterious, eccentric Uncle Cyrus. Made entirely of glass and steel, the house is a shining wonder of modern architecture. As they explore their new home, Arthur and the children can hardly believe their good fortune. What they don’t know is that this house of light holds a dark secret within. Trapped inside by strangely shifting walls, the family encounters powerful and vengeful entities that threaten to annihilate anyone in their path. Rafkin, an offbeat ghost hunter who is determined to free the spirits imprisoned in the house, joins the family. Caught in a frantic race to save themselves before it is too late, they realise the house is a riddle which contains the key to their imminent salvation… or destruction. 13 Ghosts is a state-of-the-art remake of William Castle classic horror film, by acclaimed music video and commercial director Steve Beck. Castle believed that what truly scares people, is the anti-cipation of the unthinkable and Beck has kept true to this in this frightening update for today’s audiences. F. Murray Abraham (Amadeus, Finding Forrester) steals the show as the enigmatic Uncle Cyrus. Tony Shalhoub (Man in Black, Spy Kids) is Arthur Kriticos, struggling to keep his family together. Shannon Elizabeth (American Pie, Scary Movie) plays Kathy and Matthew Lillard (Scream) is rogue ghost hunter Rafkin. The chillingly evocative screenplay was written by Neal Stevens.