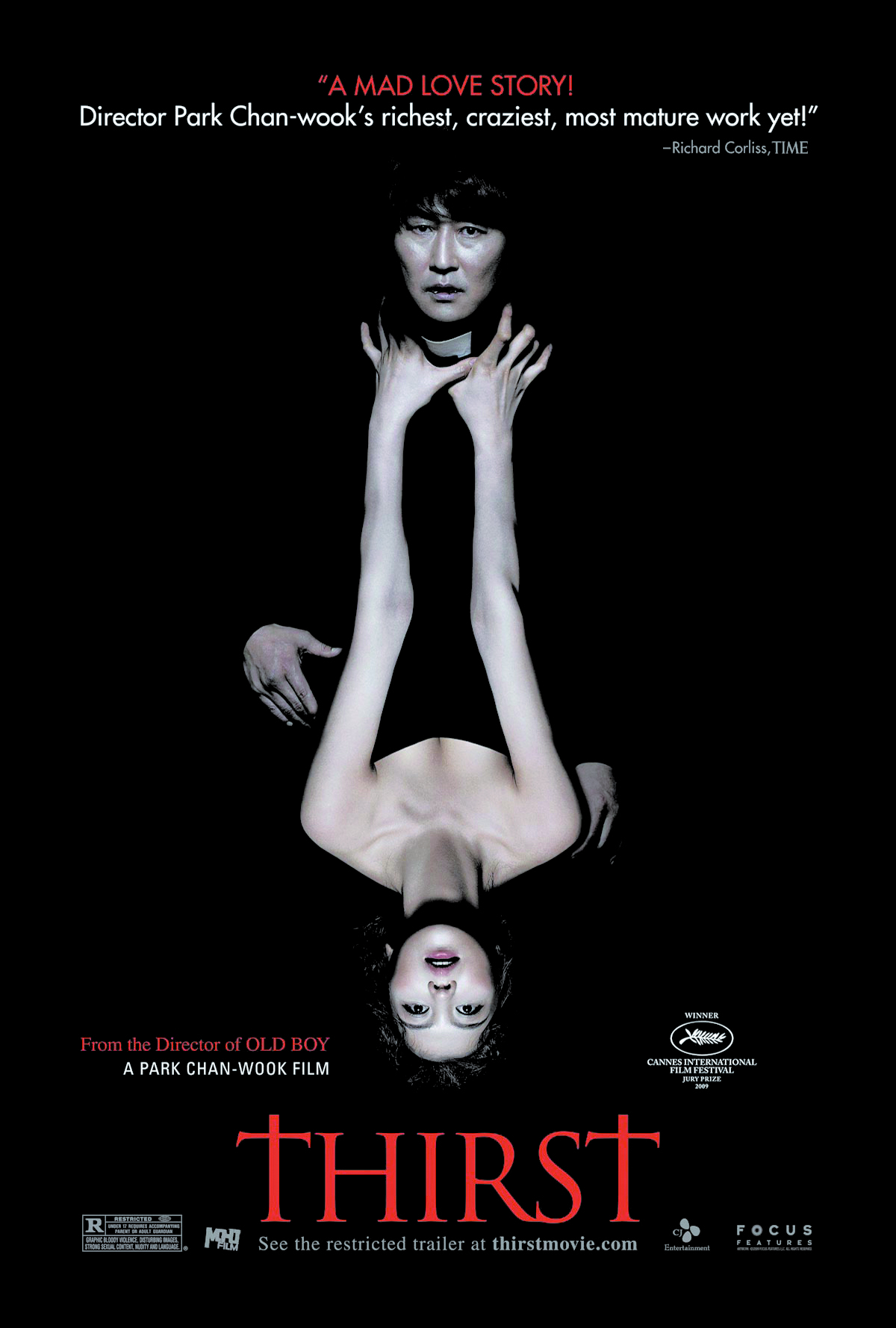 Sang Hyeon, a deeply religious catholic priest, has devoted his life to curing people. Frustrated by the slaughter caused by a deadly virus among his flock, he travels to Africa to participate in a highly controversial and dangerous medical experiment to find a remedy. All the participants die, with the exception of Sang. It’s nothing short of a miracle. And he now also seems capable of healing people. But Sang remarks how his body is changing. His senses are sharpened and his muscles feel like steel cables. He can also no longer tolerate light or sound and feels the overpowering need for blood to feed himself. Our priest has become a vampire. If that wasn’t enough to test his faith, he also meets the seductive Tae-ju tegen. How can Sang remain righteous if his convictions are battling with his instincts over his soul ? When Chan-wook Park, the genius director of the vengeance trilogy Sympathy For Mr. Vengeance, Old Boy and Lady Vengeance, takes on a vampire film, you can already predict that the result will be awesome. After Let The Right One In, Thirst is another new and groundbreaking vision of our fanged friends of the night. It’s shot with all the virtuosity of a master of cinema and has two protagonists – Kang-ho Song ( Memories of Murder, The Host ) as Sang-Hyeon and rising star Ok-bin Kim ( Dasepo Naughty Girls ) as Tae-ju – that make the screen sizzle with chemistry. Thirst is full of extremely violent confrontations and scenes of dramatic tension and eroticism. You don’t need more to attract critics and genre lovers.