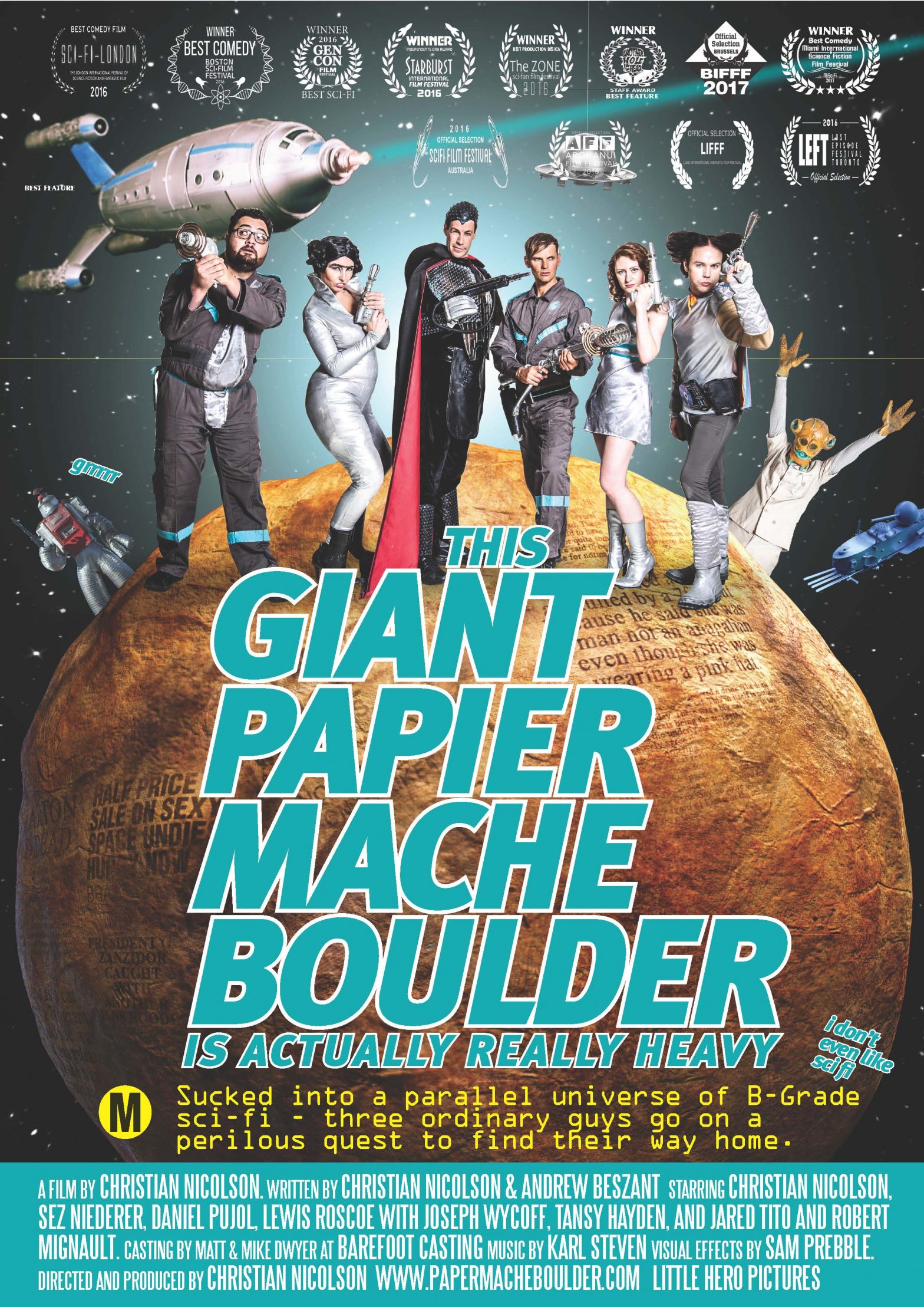 For Tom and Gavin there are better things to do than spending
their Friday evening at a crappy scifi convention. But seeing the
excitement of their friend Jeffrey, who was already wetting his pants
at the thought of making a selfie with an extra from an old Tv-show,
they just couldn’t resist. And here they are, wandering among ubergeeks,
while reflecting on their apparent inability to become adults.
But as they enter an obscure room where the mythical “Space Warriors
from Space” is being screened, our three friends are mysteriously
isucked into this Z-movie. Their reality is now one of black and white
characters, cheap animatronics and green key effects and bad lipsynch.
Tom and Gavin are trying to remain sane, but Jeffrey now
thinks he’s a space hero, answering to the manly name of Kasimir.
The only question that remains is how they’re going to make it to the
end credits, because where there’s a hero, there must also be a villain.
The title alone is already enough to make any geek/nerd go into drool
overdose mode. Christian Nicolson’s first feature is chock-a-block
with references to TV-shows from the 60ties, 70ties and 80ties and
those kinds of movies that switch from B to Z in a flash. It’s a labor of
love where every detail matters, where you discover three great ideas
per minute and where the lack of means is the main asset! This Giant
etc… is a must-see for every self-respecting fanboy and fangirl.