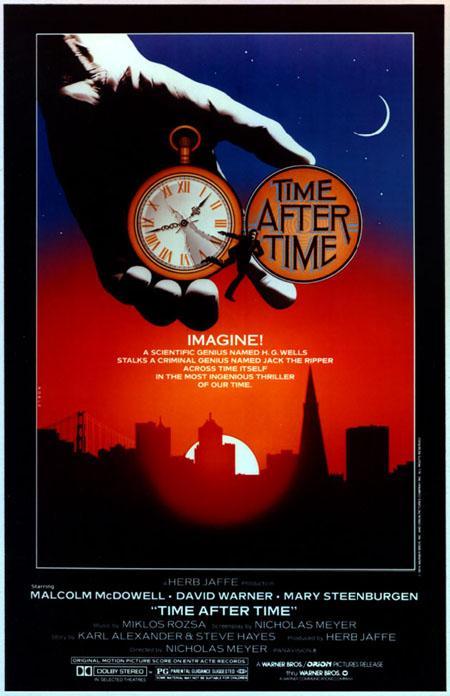 London 1893, the young and enthusiastic H.G. Wells, writer, inventor and prophet, is going to reveal his newest creation for his friends: a time machine. What Wells doesn’t know, is that one of his friends is Jack The Ripper. The deception is revealed and Jack escapes with the timemachine to 1979 San Francisco. Wells pursues him. Nicholas Meyer made an excellent start as the writer-director of The Day After: ‘This film brings a very intelligent message: The Day After reminds us that even commercial films can play on higher grounds and that honest expression and excitement are not necessary enemies of each other. (Bertrand BORIE, l’Ecran Fantastique no. 14). H.G Wells, passed away in 1946 and had this to say on his gravestone : ‘You are all damned, I told you so ! He stipulated this in his testament, out of disappointment for the war and the atomic bomb.