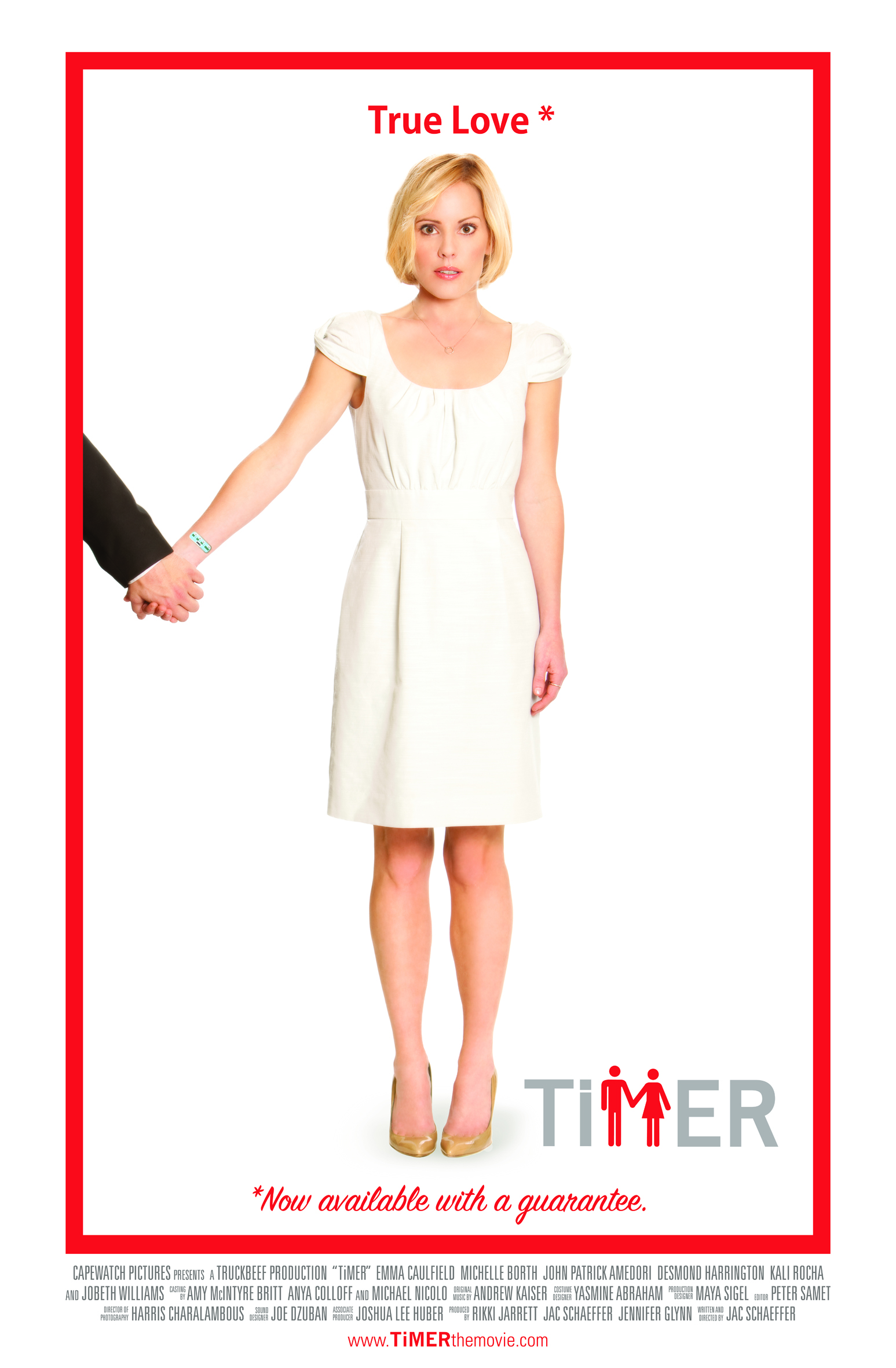 Tired of looking for the right one ? Then Timer might be something for you. This ingenious gadget, implanted in your wrist, counts off the time until the exact moment when you’ll meet the love of your life. It will cost you, of course, and your soul mate also needs to have a Timer. That does pose a problem to Oona. To her, looking for love, is like an Olympic sport. Every man who makes her heart beat faster, is dragged to the hospital to be tested by Timer. But the Prince on a White Horse remains elusive. Her best friend Stephanie has an ever bigger problem. According to her Timer, she’ll only meet Mr. Right when she’s 43. While Stephanie accepts her fate, Oona takes a leap of faith. She falls head over heels for a guy who’s Timer only has four months on the counter. That he’s also a lot younger for her, will make it even more difficult for Cupid to hit the mark. Timer is a refreshing romantic fantastic comedy directed by Jacqueline Schaeffer. Like a naughty matchmaker, she juggles with time and emotion, getting lots of laughs out of the process. Because her characters’ emotional lives are like an open book, she can freely explore the idea of destiny and what it means during that horrible period while you’re just waiting for that damn destiny to be fulfilled. And the idea of an older woman who falls for a younger man, a great performance from Emma Caulfield ( Anya from Buffy ) and John Patrick Amedori ( The Butterfly Effect ), is finally something else than the glamorous old Hollywood goat who can have his pick among the fresh green leaves.