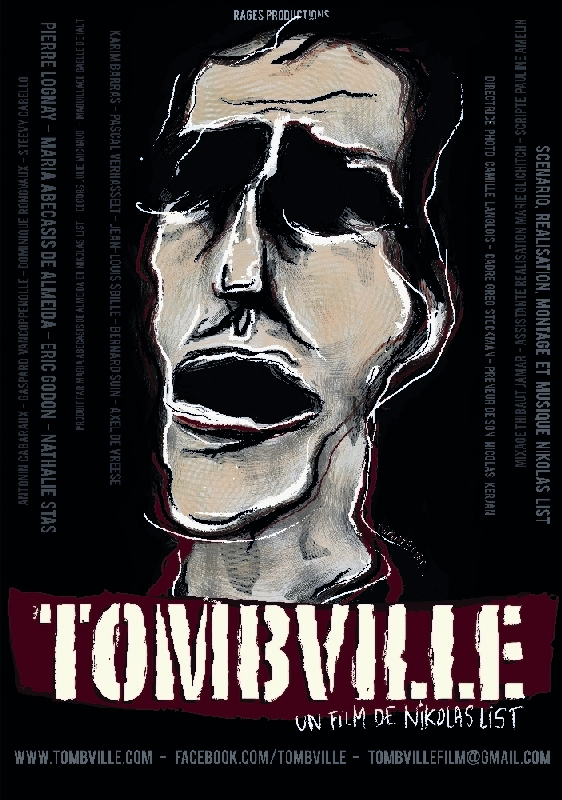 David was raised by his prostitute mother to hate his own kind. He dreams of a life that doesn’t consist of his mother’s fake orgasms and endless tirades against the male gender. One day he wakes up in the middle of nowhere, with a gaping hole in his memory. A pitch dark night surrounds a few ramshackle houses with everything bathing in a heavy, menacing atmosphere. Nightmarish memory shards flay around in David’s mind. There’s no doubt about it, he’s arrived in Tombvile, the ultimate hamlet of terror where no one returns from. And that is soon confirmed by his painful first meeting with the inhabitants. David will quickly realize that this bunch of perverted sadists is part of a Gordian knot he has to untie at all costs if he wants to save his soul. After getting noticed in 2006 with his first short feature Angel, Nikolas List successfully transfers to the long feature division. Tombville plays like a feverish dream in which David Lynch’s universe is transplanted to a contemporary Western. This attack on the senses, shot partly in the caves of Tour & Taxis, BIFFF’s old stomping ground, benefits from a few faces not unfamiliar to the festival audience: Pierre Lognay (Vampires, Comme tout le monde) and Eric Godon (In Bruges, The Pack).