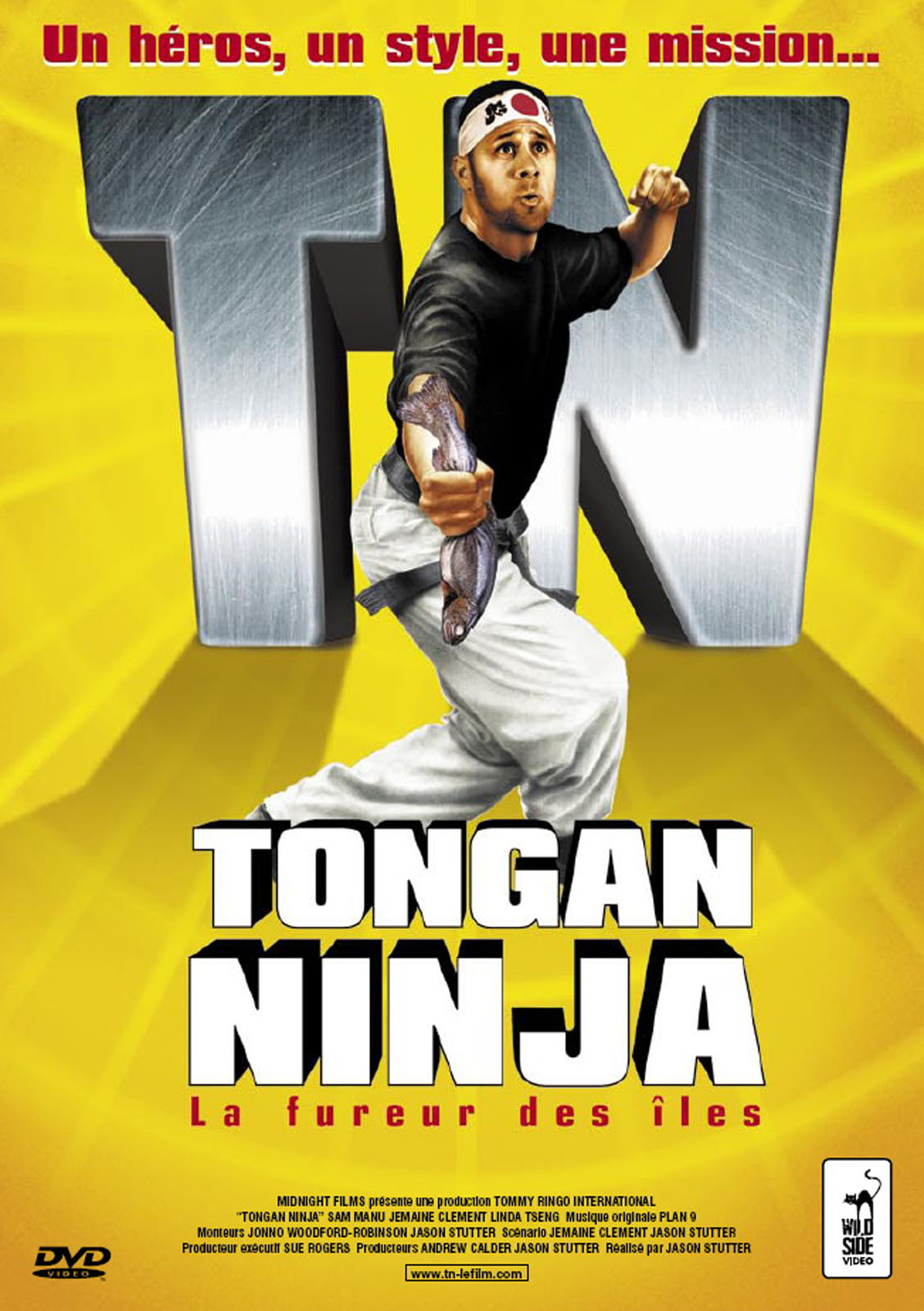 Tongan Ninja comes from the mighty island kingdom of Tonga (population : 105.600) and has been trained in the ancient art of ninjitsu ever since his father was eaten by a fish. Now he must journey toward his greatest challenge and defend the beautiful Miss Lee and her restaurant from Mr Big and his Syndicate. These men will stop at nothing to get their hands on this hospitable ethnic establishment. Only his fists and his long years of training in Tonga will help him face Gun Man, Knife Man, Henchman , Chef Guy and Asian Sidekick. Finally, Tongan Ninja must confront his ultimate nemesis : Action Fighter. Will love and a great deal of physical violence triumph over evil ?

Shot in stunning yet strangely convenient locations, Tongan Ninja features dubbed-over dialogue and exciting special effects designed to fool the extremely gullible into thinking it was done for real. Tongan Ninja is a hilarious celebration of action movies, directed and written by Jason Stutter, suitable for musical lovers, sophisticated comedy buffs and devotees of the best Hong Kong action films. This film will touch your heart… after it’s finished with your teeth, ribs, spleen and kneecaps.