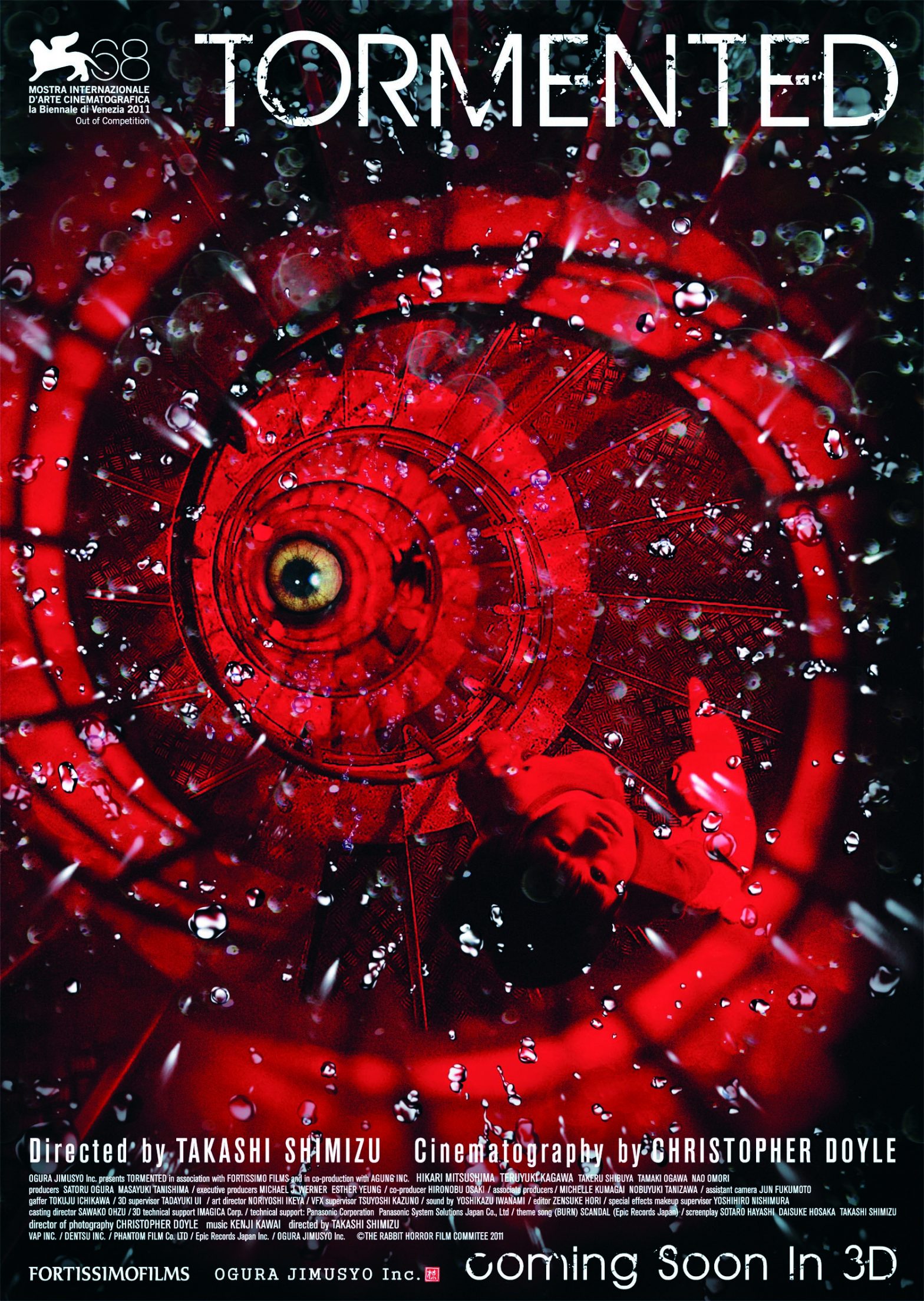 A little boy brutally beats a rabbit to death on the playing ground of a primary school, with his older sister as a horrified witness. Daigo, the boy, and Kiriko, the sister, have the same father, an acclaimed writer of youth literature, but were born from different mothers. Their parents are dead now and both siblings went through horrible things while growing up. Kiriko is mute, while Daigo wrestles with violent impulses he cannot always control. When they both watch a 3D horror movie at a local cinema, a toy rabbit suddenly jumps from the screen straight into Daigo’s hands. The stuffed animal takes them to a bizarre amusement park that is run by a sinister, giant rabbit. And it gets even worse when the big bunny breaks into the real world. Is it looking for vengeance or is the cause of this supernatural invasion to be found in the traumatic past of Daigo and Kiriko ? A horror movie inspired by Alice in Wonderland and The Little Mermaid, directed by Takashi “The Grudge” Shimizu, with Christopher Doyle ( Hero ) behind the camera and in 3D… yummy ! And Tormented will not disappoint you. Longhaired vengeful female ghosts are nowhere to be seen, as are all the other tired traits of a J-horror wave that has run out of steam. Shimizu’s latest is a visually dazzling nightmare that takes you on a psychological terror ride through reality and dreams.