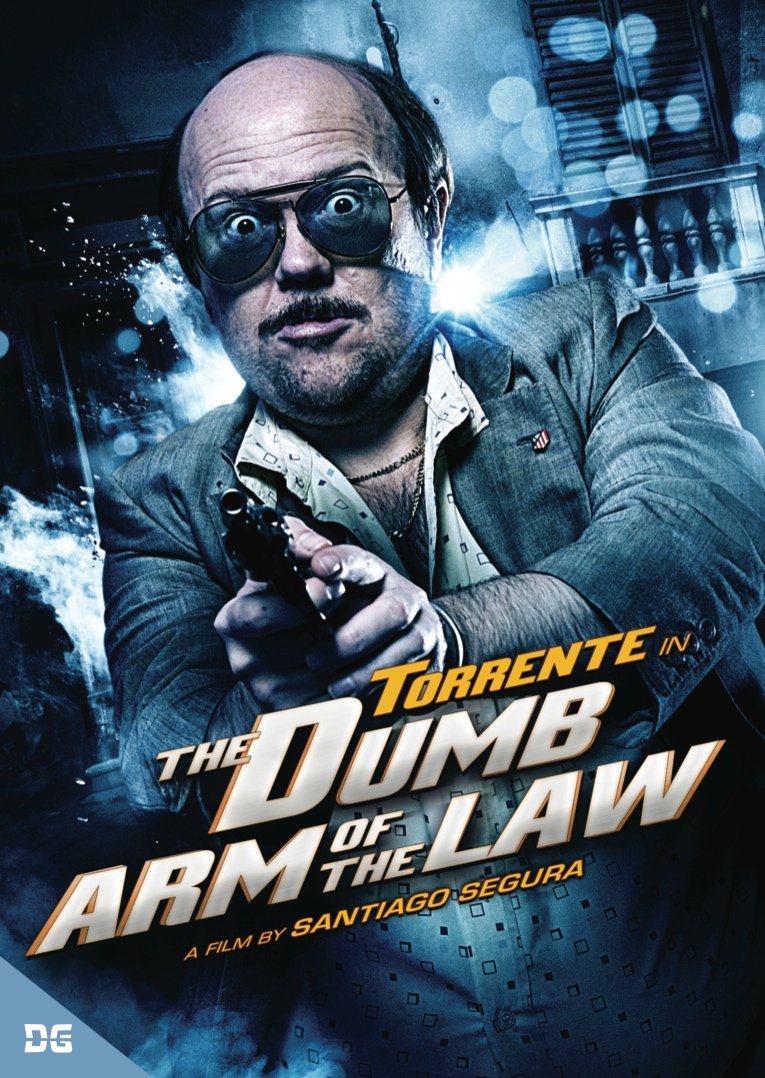 TORRENTE, THE DUMB ARM OF THE LAW

Torrente is a Spanish policeman, who is a racist, a male chauvinistic, an alcoholic and to top it all, an avid fan of the legendary football team Atletico Madrid. Hardly the type of male that today’s society models itself on. This is the story of the mess he gets involved in with the Mafia who are using his neighborhood as the platform for their drugs and money laundering business. Torrente, a bastion of self-pride, sees it as his sole responsibility to defend his territory against the evil of others, and it may get him a promotion at work!
Santiago Segura became a cult figure in Spain after writing, directing and acting in three shorts: “Evilio”, “Perturbado” and “Evilio vuelve: El Purificator.” With Torrente he directed his first long feature film. Torrente is produced by Andrés Vicente Gomez, the most active and successful producer in Spanish cinema over the last thirty years. He worked with Julio Medem, Pedro Almodovar, Bigas Luna, and many others. His films won several awards at numerous international festivals, including Venice, Berlin and San Sebastian.