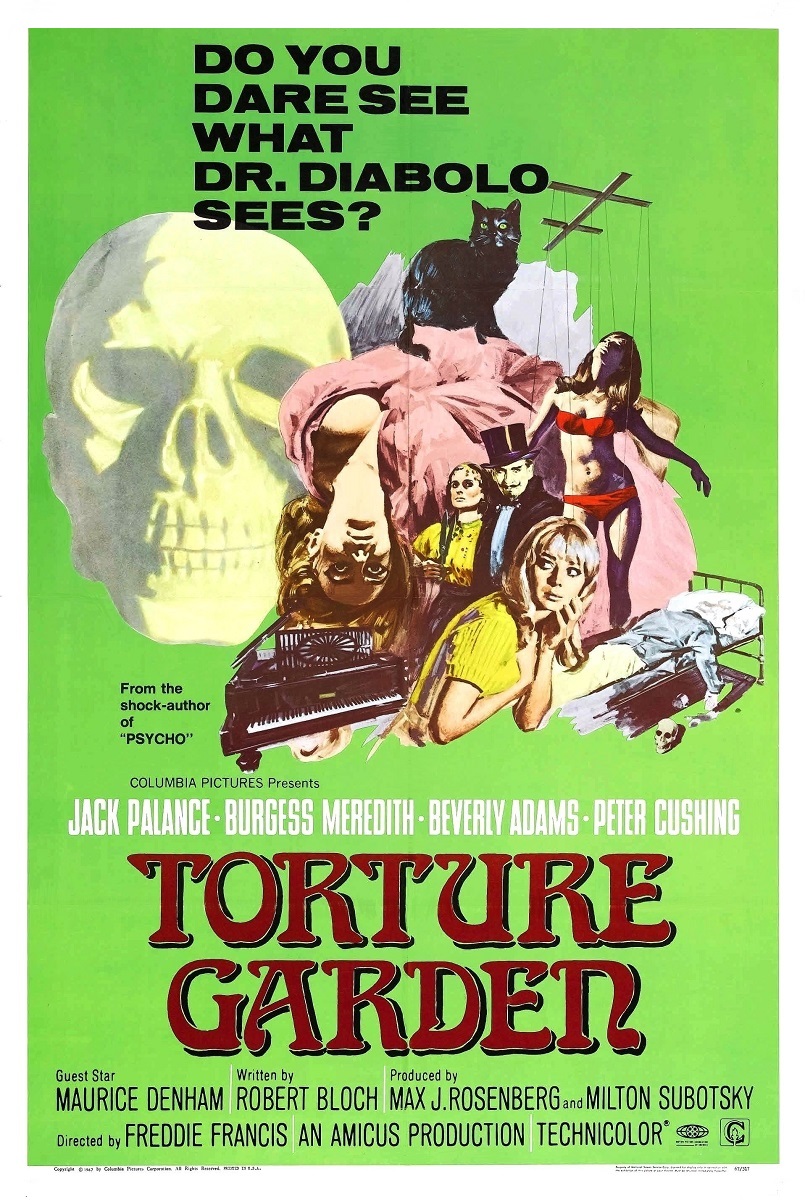 Sketch film: a carnival traveller reveals the future to four people. The first one is cursed by a diabolic cat and becomes a killer. The second, a young «starlet» discovers that the success of some celebrities has mysterious backgrounds.
The third, in love with a pianist, is being terrorised by the piano of his fiancée and in the fourth act Peter Cushing is an admirer of E.A. Poe who meets another fanatical (Jack Palance).
ln the four acts humour and horror compete with each other.