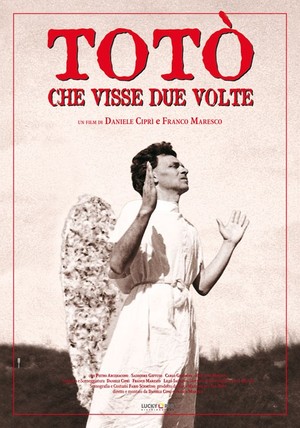 While a sexually obsessed man by the name of Paletta is wandering about the outskirts of town, a group of different characters gather at the deathbed of a middle aged homosexual and three crosses are being built on the town hill. This is the start of three wicked, wildly irreverent stories, set in a warped, grotesque world. Paletta has to endure all sorts of humiliations but can not find an outlet for his sexual desire. When he learns that Tremmotori, a well known whore, has arrived in town, Paletta will risk everything for a night with the desired concubine, even stealing from a holy shrine that is under the protection of a local Mafia boss. The dead man’s mother anxiously awaits the arrival of Fefe, her son’s lover. He’s late because he’s afraid to meet Bastiano, the violent brother of the deceased. When Fefe finally arrives, he manages to avoid the wrath of Bastiano. Late at night, he steals a valuable ring of his dead lover’s hand, but he will not be able to enjoy the stolen goods for long. In the third story, the vicious Mafia boss Don Toto dissolves Lazarus, a loser who has refused to cooperate, in a bath of acid. Meanwhile, another Toto, an old Messiah, walks the crime infested streets, accompanied by the hunchbacked Judas. The family of the deceased Lazarus is able to convince Toto to try the miracle of resurrection. The Messiah surprisingly succeeds and Lazarus, returned to life, escapes to take his revenge…
Is it a satire, is it blasphemy, is it hilarious ! ? Yes, yes and yes, Toto Who Lived Twice is the second long feature film of the notorious duo Daniele Cipri and Franco Maresco. These two full blooded Sicilians first started collaborating together in 1986 on various short films and experimental Tv-programs. In 1992 they created the satirical Tv program Blob “Cinico Tv” for Rai3. It became very popular in Italy and was awarded with the Aristofane Award in Saint-Vincent. Their first long feature film, Lo Zio di Brooklyn, saw the light in 1996 and was a hit at various international film festivals like Berlin, Espoo, Tokyo and Jerusalem. Their latest, Toto Who Lived Twice, proved to be so controversial that it was banned from screening theatres in Italy. If you want to find out for yourselves why Toto would even make Passolini blush, then you know where you have to be.