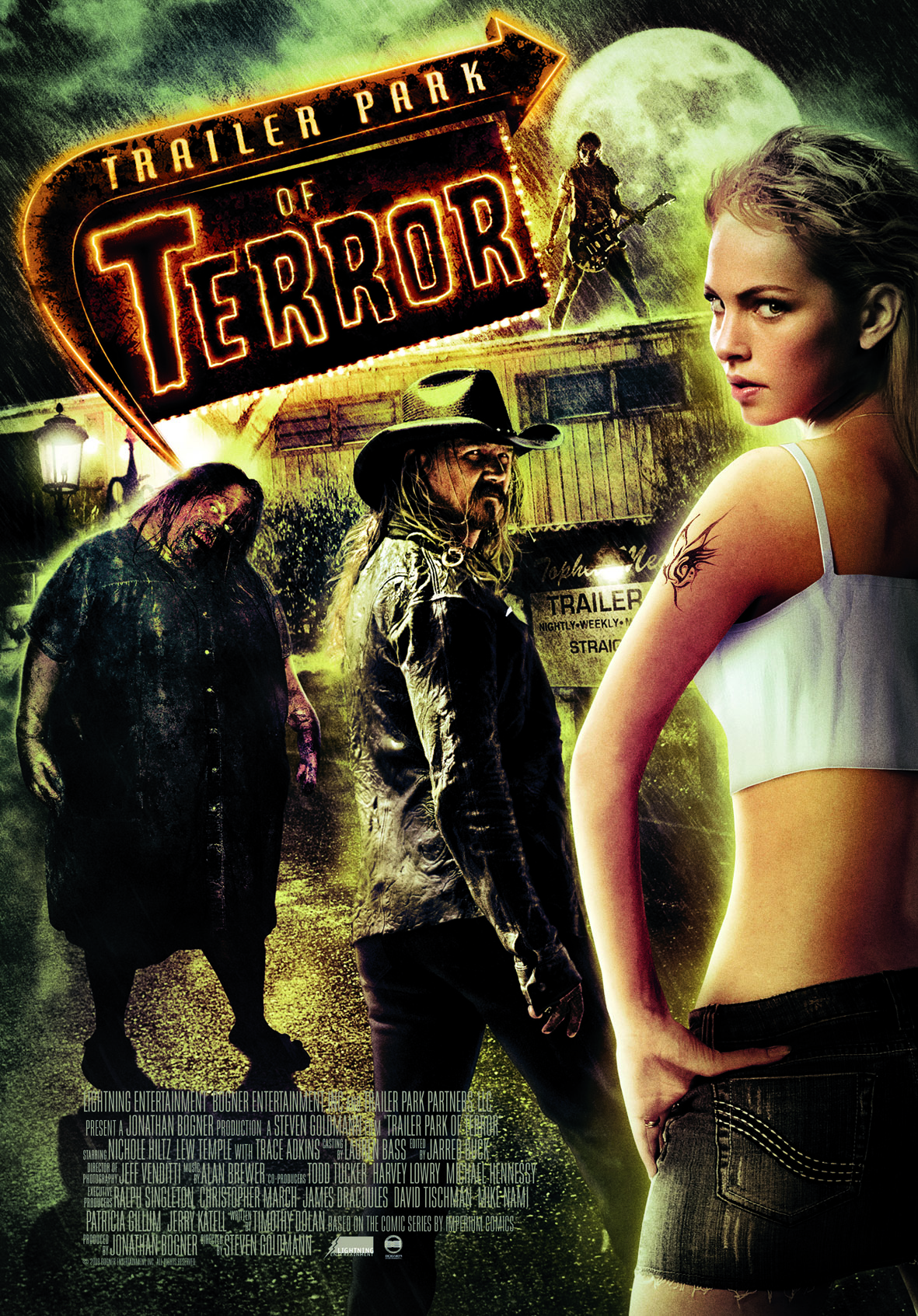 In the mid-eighties, trailer parks were shining beacons of redneck culture. Lovely Norma grew up in one of these places, populated by libidinous jerks, murderous hookers, cannibalistic fatties and rotten rockabilly singers with well trimmed sideburns. One day, realizing she’d be stuck there forever, she decides to snuff the whole lot of them and burn down the park. 25 years later, a party of Church Camp sinners end up there, only to discover that Norma and her cursed companions are still the Lords of the Park. We know, it’s hard to admit but one of the qualities Americans don’t lack is their sense of politically incorrectness when they portray their hicks. It goes without saying that vast open spaces can embolden a person. Trailer Park of Terror aims high with its gallery of paunchy, violent, vulgar, coarse, sexually obsessed yokels. They don’t eat children, but they are supremely creative when it comes to butchering young nerds. Stephen Goldman’s Trailer Park of Terror has something for everyone : thrills, chills and bloodcurdling Southern hospitality.