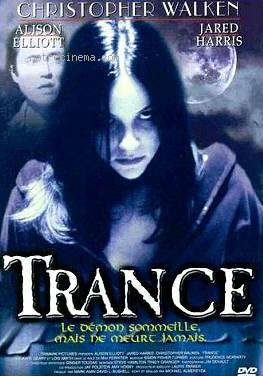 Dashing, young New York socialites Nick and Nora have a serious drinking problem. After an accident that almost kills Nick, they decide to change their ways. The couple takes some time out and visits Nora’s small hometown in Ireland, where they hope to sober up. On the way to Uncle Ferriter’s house, which was once Nora’s home, they stop at a local pub. One drink won’t hurt, they think. But back on the road, Nora loses control of the wheel and the car flips over. They are helped out of the vehicle by Alice, a pale teenager, who leads them to her uncle’s estate. Ferriter seems to be about 35 years old, but Nora knows that he must be at least 60. He’s also legally been declared blind, but that does not seem to affect his perception. He shows them a macabre discovery. In a local peat bog, he found a Druid mummy that was buried 2000 years ago. After hunting for clues for several years, he discovered the mummy was Niamh, a powerful witch. She knew that someday her children’s children would provide the key for her return. Ferriter is convinced that she wants a new body, because her will is still alive. What he doesn’t tell Nora is that she is the perfect vessel for the resurrection of the witch. Once Nora goes to sleep, she will merge with Niamh.
Trance is a modern gothic tale of ancient passions and bizarre family secrets. Its director, Michael Almereyda is one of the most versatile and original talents in American cinema. He has carved out a reputation for himself by making stunning films like Twister and Another Girl, Another Planet with a Fischer Price pixelvision toy camera. Trance explores the same dark side of life as his beautiful black & white vampire film Nadja, produced by David Lynch and starring Elina Löwensohn, Martin Donovan and Peter Fonda. But this new take on the classic mummy story also reflects humour and allegory. Promising and talented young actress Alison Elliott (The Spitfire Grill, Wyatt Earp, The Wings of the Dove) plays a double part as Nora/Niamh. Jared Harris (B Monkey, Dead Man, I Shot Andy Warholl), the son of the famous Irish actor Richard Harris, is Jim, Nora’s wryly patient husband. Acclaimed actor Christopher Walken (The Deer Hunter, The Dead Zone, The Funeral) plays uncle Ferriter, the eccentric recluse and guardian of the family’s darkest secrets.