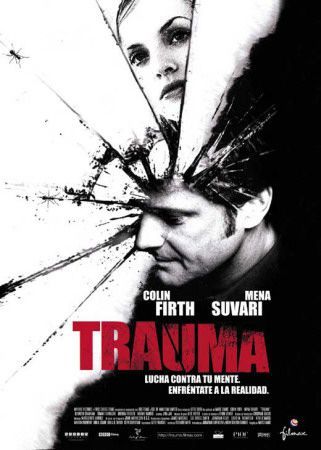 Ben wakes up from a coma in hospital to discover that he has been in a car crash. When he learns that his wife, Elisa, was killed in the accident, his entire world collapses. He attempts to rebuild his life by getting a new job and moving to a new apartment, where he befriends his attractive neighbour, Charlotte. But his mind starts playing tricks on him and he suddenly begins to see his dead wife everywhere. Fearful for his sanity, he visits his childhood therapist. Charlotte, however, takes him to see a psychic instead, who gives him the chilling news that she senses his wife might still be alive. Meanwhile, someone is moving things around in his apartment and destroying cherished possessions. Then the police pay him a visit. They tell him that he’s being investigated for murder. Mark Evans, of whom you could already see Resurrection Man and My Little Eye at the festival, presents us with a gripping, psychological thriller with Hitchcockian twists. Elliptical editing and menacing production and sound design is deployed to create an angst-written canvas, against which Colin Firth (Fever Pitch, Shakespeare in Love, Bridget Jones’ Diary) as Ben is torn between grief and self-delusion. Mena “American Beauty” Suvari plays Charlotte.