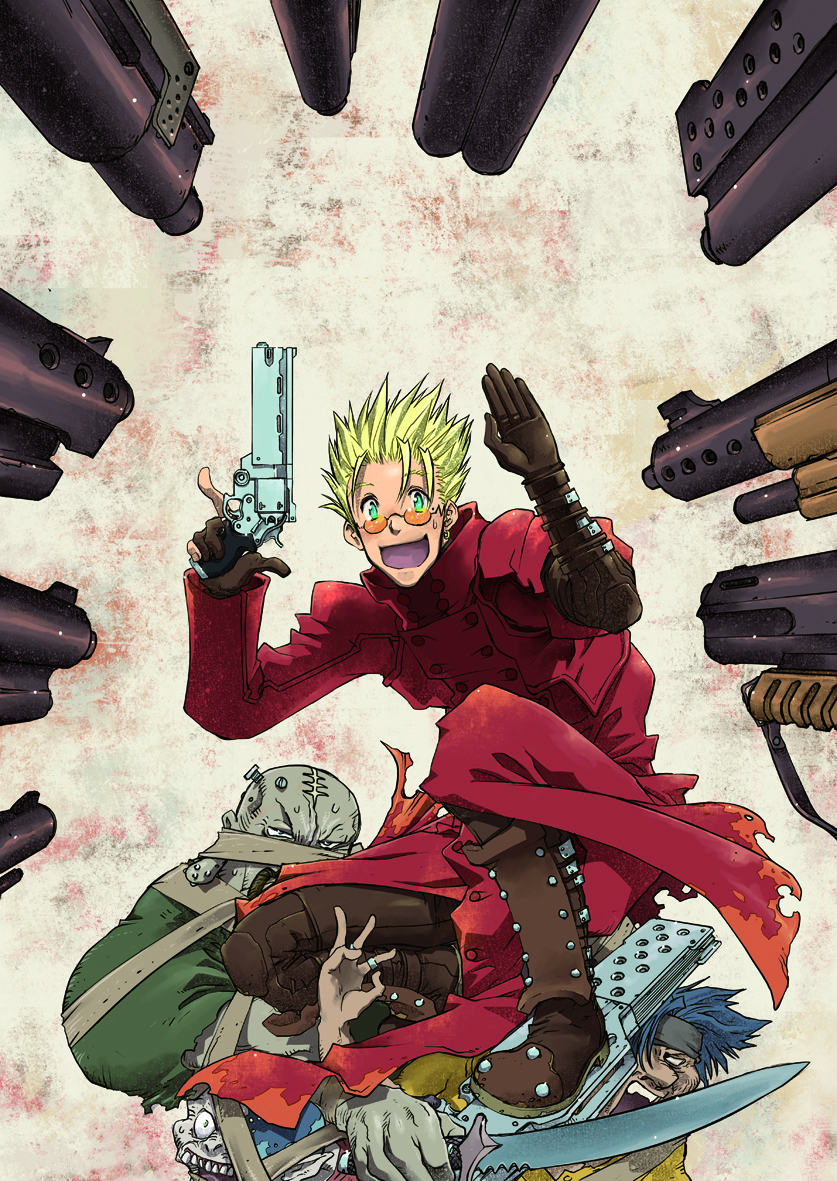 Makka is a prosperous desert town surrounded by quicksand. Its busy streets are alive with disturbing rumors that the notorious robber Gasback has set his eyes on the city. Mayor Kepler does not want to take any chances and recruits an entire legion of bounty hunters, which isn’t that difficult, with Gasback having an astronomical bounty on his head. Insurance agents Meryl and Milly are also in town. To their horror, they discover that if the giant statue of Mayor Kepler would fall prey to Gasback’s fury, their company would go bankrupt in paying out the insurance. That another notorious troublemaker, Vash The Stampede, has also decided to pay a visit, only helps to complicate things even further. Fans of the popular manga and television series will not be disappointed. Trigun : Badlands Rumble, five years in the works, contains all the elements in which it excels : hilarious situations, kinetic combat and dramatic story lines, but this time presented in a visually and technically impressive long feature. Those who are not familiar with the series, shouldn’t be afraid. The story is smart enough to familiarize yourself with the typical atmosphere and characters of the Trigun universe. The production was handled by the reputed Madhouse Studios ( Satoshi Kon’s Paprika, Mamoru Hosada’s Summer Wars… ).