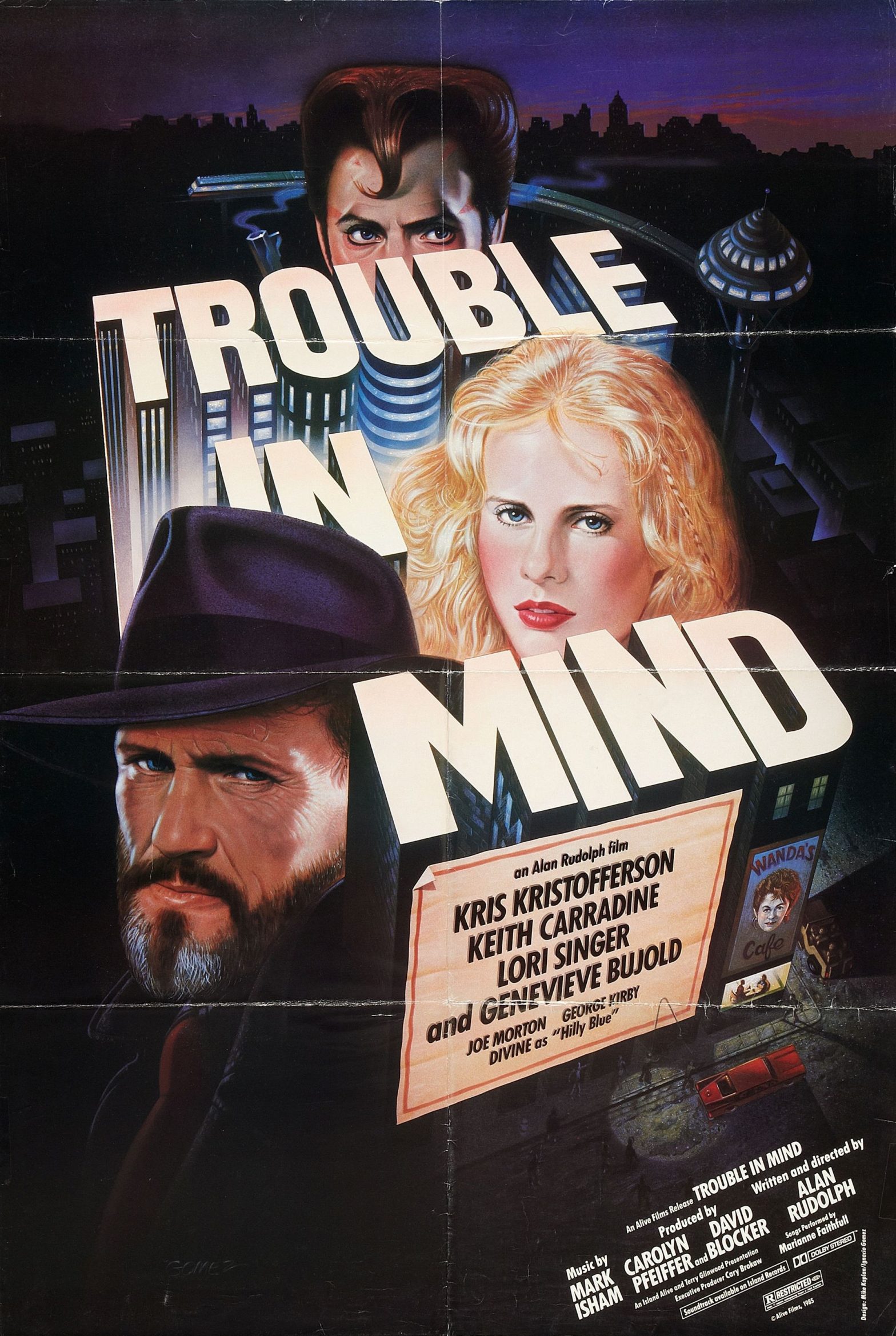 An imaginary metropolis: Rain City. A young man, his wife (still a child herself) and their child move in next to Wanda’s coffeehouse. They are mixing with the local people, just as picturesque as marginal, just as seducing as dangerous, by working at Wanda’s for her and by befriending thugs for him. Their bubble of happiness quickly makes room for dramas, but also sexual and criminal perturbations…
That is a conventional introduction for a movie with scenes as dense as indescribable: “at least be aware that we can see John Waters stars as Divine, a girly godfather (‘the role of my life’, according to him), Joe Morton as a nerdy thug, John Sayles as the ‘brother from another planet’ and Keith Carradine alternately wearing many makeup looks that are both Prince and Pigalle worthy! Just like in his delightful ‘Choose Me’, Alan Rudolph (whose movie ‘Endangered Species’ was almost awarded when presented during the festival of ’85) mixes up laughing and dreaming. But in this hybrid movie, in between polar and science fiction, the violence of the characters and the situations almost reach their climax, and even surrealism sometimes. Thanks to Rudolph, the actors have a rare density: Kristofferson starring as a withered and nervous cowboy, Carradine as a punk hippie gangster, Bujold being incredible as a lucid yet bitter Wanda, Lori Singer (‘Footloose’) turned into Ophélie from the suburbs” (Hélène Merrick).
The soundtrack is made of an original music by Mark Isham, with the husky voice of Marianne Faithfull.