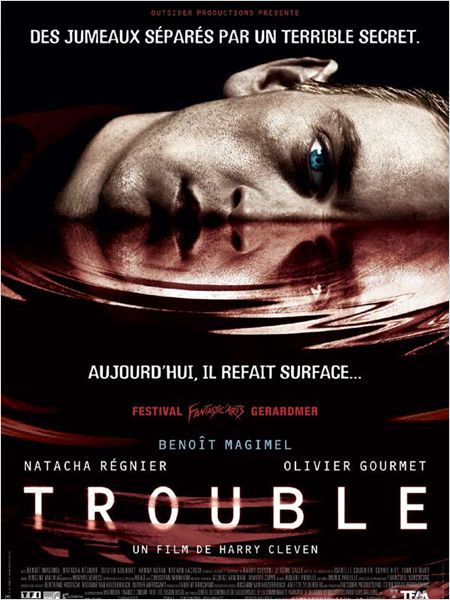 Thirty-year old Matyas is a photographer. He leads a happy life with his pregnant wife Claire and his little son Pierre. Orphaned at the age of six, Matyas has no memories of his childhood. Then a notary contacts him with the news that his mother, who he thought to have died a long time ago, has recently passed away. He’s even more surprised to find out that he has a twin brother, Thomas. Matyas wants to understand his past and especially the reasons why his parents abandoned him. When he sets up a meeting with his newfound brother, Thomas fails to show up. Instead, Matyas meets his wife, Elina. Mistaking him for Thomas, she throws herself into his arms. Elina seems terribly frightened. What is going on ? It’s always a pleasure to see a Belgium film at the festival, especially by a director who continues to explore our favourite genres. After his visit in 2001 with the enigmatic Why Get Married The Day The World Ends, & starring Elina Löwenson, Harry Cleven returns with the mystery thriller Trouble. You’ll be enthralled by the nightmarish story and the performances of an impeccable cast, headed by Benoît Magimel (The Pianist, The Crimson Rivers 2), Natacha Regnier (The Dreamlife of Angels, Criminal Lovers) and Olivier Gourmet (The Promise, The Son).