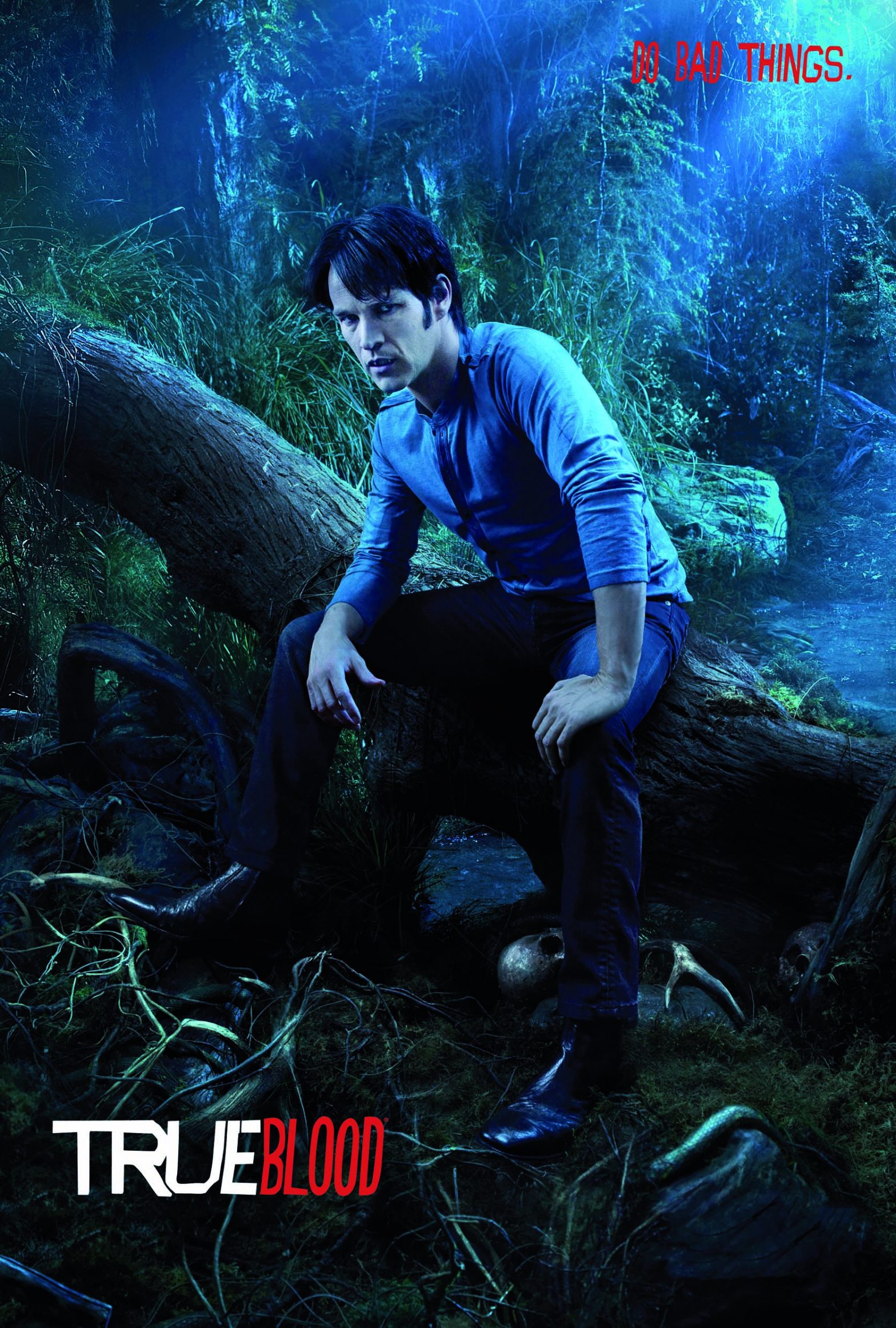 After Japanese scientists invented a synthetic form of blood called “Tru Blood”, vampires were finally able to “come out of the coffin” and start integrating themselves in human society. Sookie Stackhouse is a waitress in the small Southern town of Bon Temps. She’s always felt isolated because of her ability to hear other people’s thoughts. But when Bill Compton, a handsome, two-hundred year old vampire walks into the bar, she discovers that she cannot hear what he thinks. A stormy, passionate romance ensues between the two of them. In the first season, Bill and Sookie have to find the killer of several women in Bon Temps, whom are all related to Sookies older brother Jason. The second season centers on the search for Eldric, a 2000 year old vampire. The Fellowship of the Sun, a Dallas-based Church who vehemently opposes vampire integration, might have something to do with this. At the beginning of the third season, Sookie has accepted Bill’s proposal to marry her. But he’s nowhere to be found. Being at a film festival, you would almost forget that some of the best contemporary genre fiction can be seen on the little screen. The Bifff, in collaboration with Be.TV gives you an exclusive preview to the third season of True Blood, the acclaimed TV series by Allan Ball (Six Feet Under), based on The Southern Vampire Mysteries novels by Charlaine Harris. The show soon became the most watched HBO series since the Sopranos. True Blood has been wildly praised for its enticing blend of fantasy, horror, mystery, humor and eroticism, while some critics also found an allegory in the vampires fight for recognition with the civil rights movement and the struggle for gay and lesbian rights. Another major draw is that the on-screen passion between star crossed lovers Sookie and Bill, played by Anna Paquin (The Piano, X-Men) and Stephen Moyer (Quills, Priest), is as real as can be, as they became a couple while shooting the series.