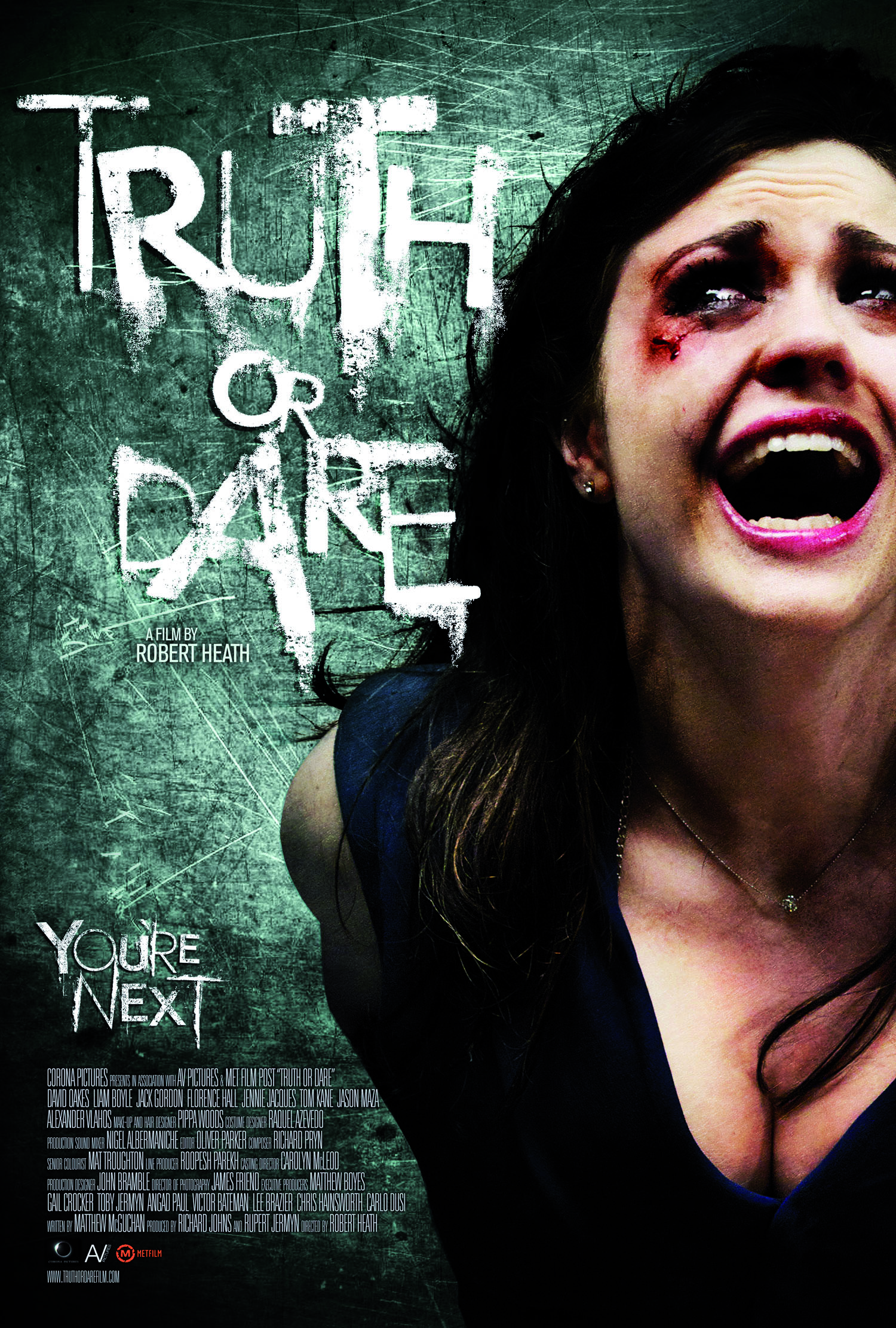 A graduation party for college students gets out of hand when a game of “Truth or Dare” openly humiliates the ultra rich and equally shy Felix. The five students that are involved in Felix’s embarrassment will face the devastating consequences of their actions. A few months later, they are reunited on their way to Felix’s birthday party. When they arrive at the location, a cabin in the woods on the vast family domain, they’re welcomed by Justin, Felix’s charismatic older brother. Underneath his charming appearance, Justin boils with anger and it doesn’t last long before he reveals the true reason for their presence. Felix has killed himself and Justin will not rest before he has exposed the truth. We’ve all played “Truth or Dare” at some point in our lives and mostly it’s about who has done “it” with whom and how far you’re willing to go with each other. But in Robert Heath’s sadistic psycho-chiller, the wrong answer might lead to a chopped-off limb or a burning dose of acid in your stomach. Friendship is only a thin layer of veneer and the tortured fivesome are prepared to do anything just to survive. Nobody’s innocent in Truth or Dare, but who’s responsible for what is one of the many guilty pleasures in this British genre fest.