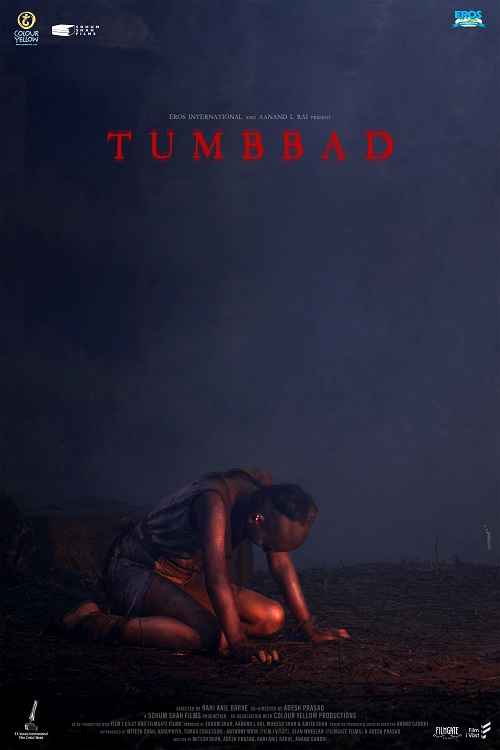 Oh greed, the evil sin that wreaks havoc on people, families, and entire civilizations… Also bitten by the virus is Vinayak, a boy in a small Indian village when the British are still in control there. His mother is the carer of an old woman plunged into a deep sleep. But woe betide the one who wakes her! She was punished with paralysis when she tried to get hold of the treasure of Hastar. That mythical creature stole earth’s riches and consequently was locked up for all eternity. Whoever touches Hastar, be it only with his little toe, is said not only to become immensely rich but also to attain eternal life. Little Vinayak can’t get that legend out of his head and as soon as he’s a grown man, he will go all the way to get to Hastar. But the going will be tough! This Indian blend of ERASERHEAD, EVIL DEAD, and PAN’S LABYRINTH will keep you wriggling in your seat till the very last moment. The film was shot over six years and the final result was worth all the toil. With lots of atmosphere, visual flair, and a beautiful photography (winner of Best Cinematography in Sitges) the makers tell their tale, part hair-raising horror and part fantastic fairy tale. Fasten your seatbelts because the sequel is already in the works!