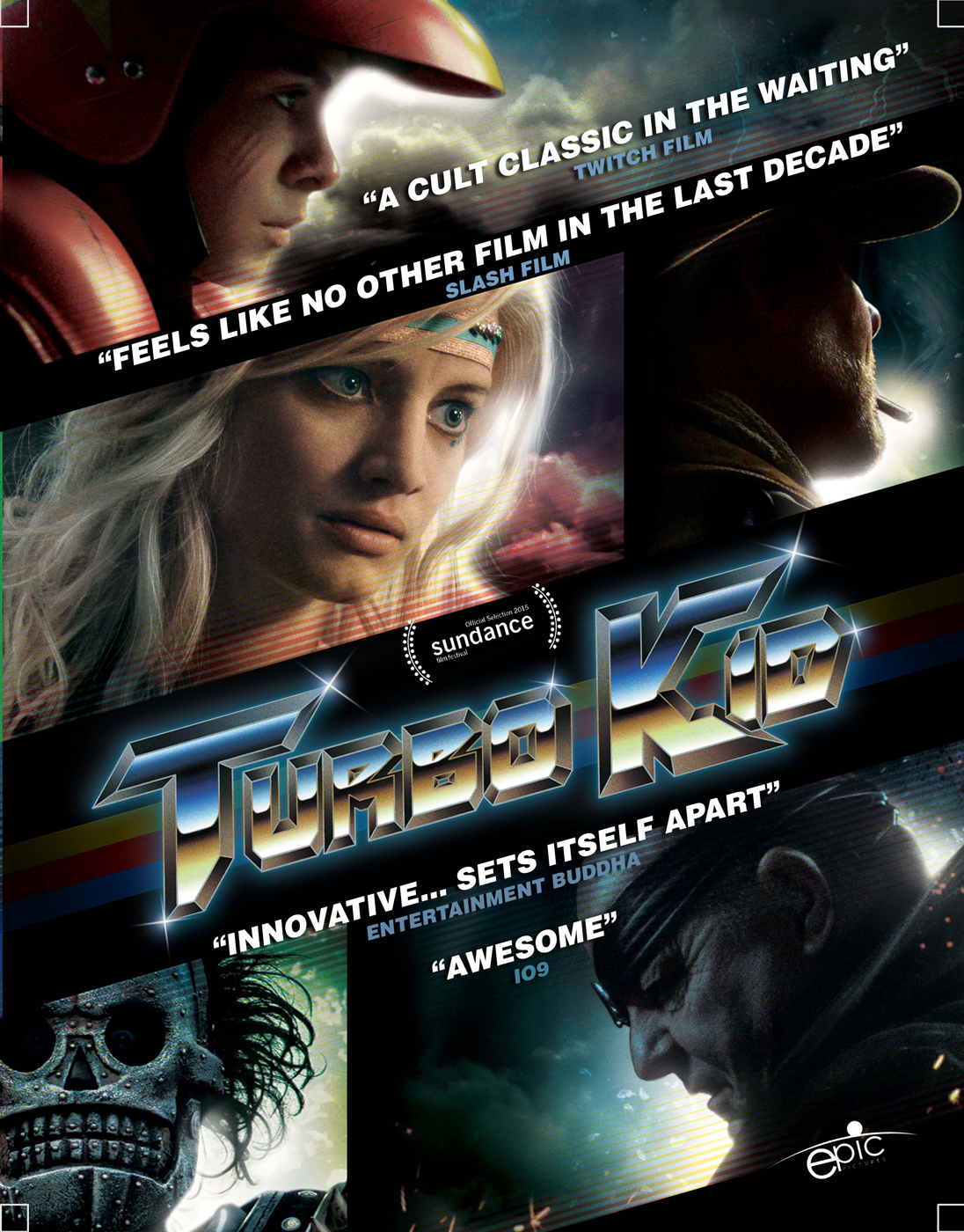 It’s 1997 and in this post-apocalyptic future Earth resembles a gruyere cheese after it has been ravaged by acid rain and nuclear bombs. There is almost no water left in this barren wasteland. That’s why the sadistic Zeus, the leader of a motorcycle gang, has ordered his minions to squash what left of mankind like lemons to obtain this most precious of resources. And that’s because, as you know from biology class, the human body consists for 80% out of water. Brave young Kid and his girlfriend Apple manages to evade Zeus’ gang. He wants to devote himself to his biggest passion; the search for relics from the past: comics, Rubik cubes and Game Boys. When Apple’s kidnapped, Kid is forced to put his gaming skills to the test and face Zeus and his biker boys.

We’re very proud to present this Frontières 2012 project at the BIFFF, which met with wide public and critical acclaim at its première at the Sundance festival last January. The Canada/New Zealand film is produced by EMA films and T&A Films and directed by Anouk Whissell, François Simard & Yoann-Karl Whissell, a.k.a. the RKSS collective and executive produced by Jason – Hobo with a Shotgun – Eisner. Turbo Kid is the ideal movie for all genre buffs who love a nihilistic retro-punk Mad Max-like extravaganza!