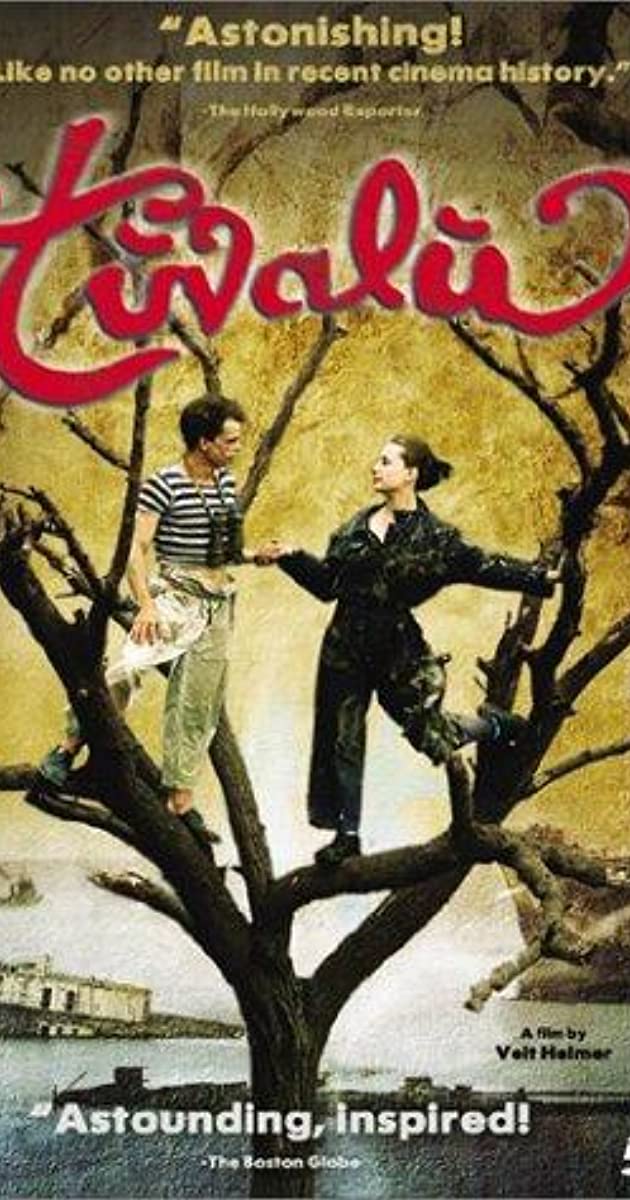 Tuvalu is the name of an island where Anton dreams of escaping to; a dream which seems unlikely to be true, given that he’s marooned in a dilapidated and largely deserted swimming pool. Anton is the downtrodden younger son of Karl, the blind proprietor of the pool. He is at pains to preserve the illusion to his father that the pool is still a prospering enterprise. In fact, there are almost no swimmers, and those who come, pay in buttons. One of the few guests is Eva. This young girl is looking for the old steam machine in the cellar, of which she needs a unique part to repair her tugboat and leave for Tuvalu. And then there’s Gregor, Anton’s unscrupulous older brother, who is trying to bring final ruin to the business, so that the building can be demolished and the site developed. German director Veit Helmer got noticed with original short films like Tour Eiffel and Surprise, which won 42 awards at festivals worldwide. His feature film debut Tuvalu is a modern poetic fairy-tale in black and white, with almost no dialogue. If this makes the movie sound spartan, quite the reverse is true. The expressive physicality of the performances is hugely effective and often very funny. Especially Denis Levant (Mauvais Sang, Les Amants du Pont Neuf, La Partie d’Echecs) as Anton is a joy to watch. With comedy, emotion and romance in abundance and a genuinely distinctive visual style, Tuvalu is an experience not to be missed.