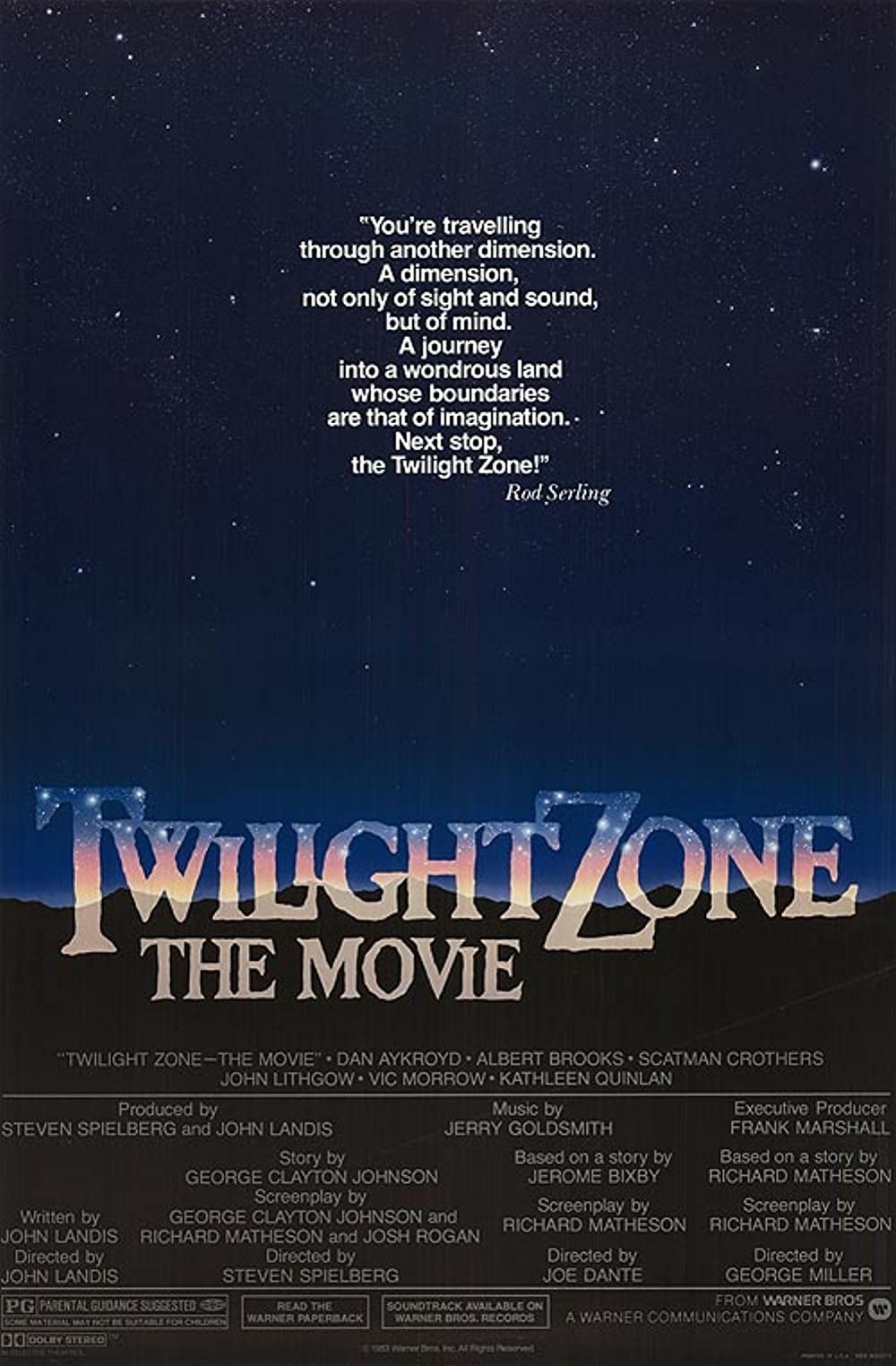 As a tribute to the late tv series The Twilight Zone four film directors who earned their stripes in fantastic put their heads together to sketch out their journey in four stages. A journey through the fifth dimension. The sharp humour and the ruthless ethics by John Landis (Schlock, The Blues Brothers, An American Werewolf in London), makes the spectator shiver with a nightmare that its victim caused it. The magical hand of Spielberg is unquestionably present in the second episode in which the imagery emits an undefined poetic power. A simple yet beautiful story about the dreams of childhood and the nostalgia of being old. The third part that Joe Dante took on himself, introduces a cruel bully, who has a mythical gift that makes it possible for him to accomplish everything he wants. The icing on the cake is without a doubt the episode Nightmare at 20.000 Feet, that is being presented to us by George “Mad Max” Miller. He ingeniously tells us how a passenger with a claustrophobic fear of airplanes slowly goes insane on a Boeing. Claustrophobic horror guaranteed.