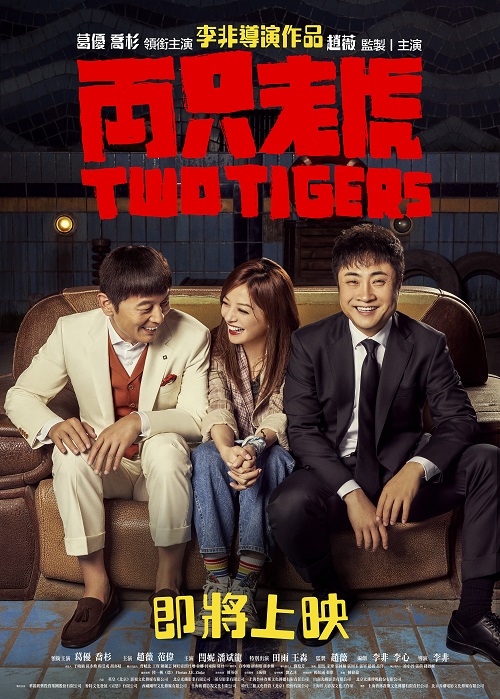 Zhang is the embodiment of success. He’s on the cover of every magazine, his costumes are easily worth several minimum wages, and his work buddies are CAC 40, Nikkei and Dow Jones. But, such exuberant wealth is evidently a great source of jealousy… And what’s bound to happen, happens. Zhang gets kidnapped and imprisoned by a mysterious stranger. The latter is willing to let him go for one million in cash. “Only one million?!”, Zhang retorts in rage. Is that all he’s worth? He proposes to double the ransom, that is if the kidnapper runs three errands for him. First of all, because he doesn’t have any family or friends to pay the ransom. Secondly, because he quickly realizes that his captor is a first-class loonie. And third, because he’s all in to play some games… And that’s how TWO TIGERS takes off! Fei Li, scriptwriter of the recent hit HIDDEN MAN, swaps his pen for the director’s chair in this black comedy in which he pokes fun at the Stockholm syndrome. From “Brother John” to the Coen bros in Hong Kong, all wrapped in a blanket of human stupidity…