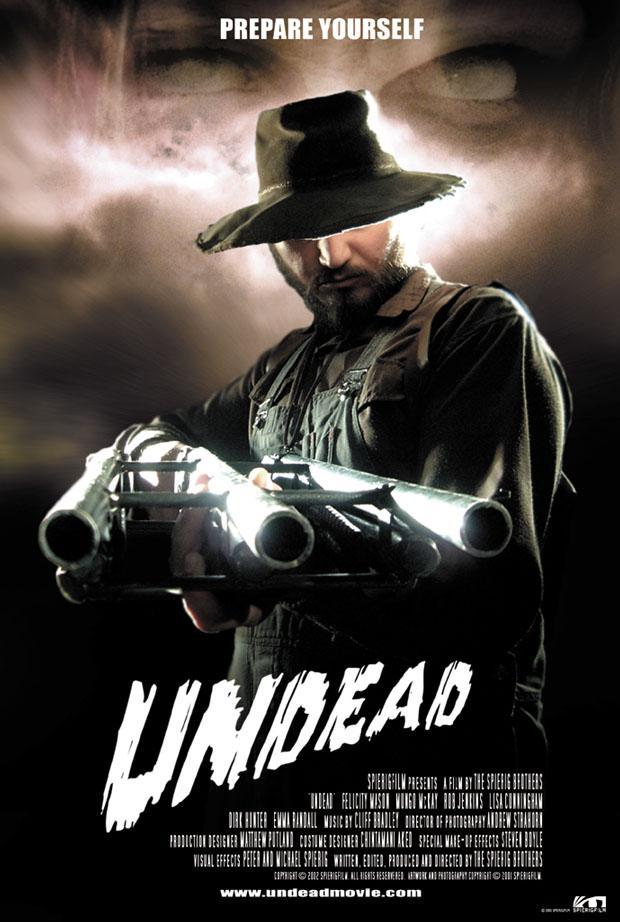 Berkeley is a quaint little Australian town, where you can find good fishing and homemade pies. Life here is like living in a holiday postcard… until a meteorite shower rips through a lazy summer day. The onslaught of space rocks brings a deadly plague that twists the happy citizens into zombies with insatiable appetites for human flesh. Led by Rene, a beauty queen fallen from grace, a group of desperate survivors finds shelter in an old farmhouse owned by Marion. He was cast out of the town for telling weird tales of alien abduction. With an army of rotten corpses surrounding their sanctuary, the survivors count their ammo.

Undead is a real treat for zombie fans. The inventive cinematography, tons of gore, acrobatic action, insane weaponry, crazy bursts of sci-fi and dozens of creative ways to tear a body to pieces will delight the aficionados of the undead. The two directors and brothers, Michael and Peter Spierig bow their heads in respect to not only Zombie King George Romero, but also to Sam Raimi, Peter Jackson and even John Woo. Undead is a rollicking horror ride loaded with laughs and shivers that threatens to gush out of the screen.