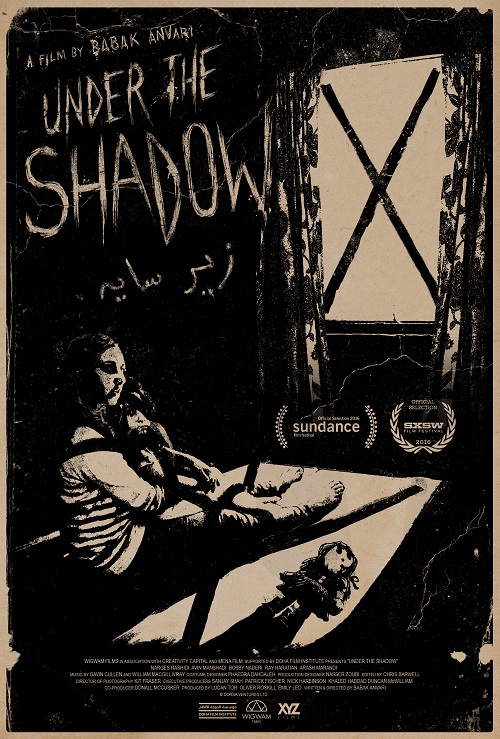 In 1988, Tehran had about the same charm as Aleppo now. On the one hand there was Saddam crushing buildings with bombs. On the other hand there was the dictatorial regime that confused maintaining social cohesion with the restriction of female liberties. In this oppressive atmosphere we find Shideh, mother and housewife in spite of herself, trying to survive with her daughter Dorsa, while her husband is patching up the wounded on the battlefield. She resists the ayatollahs as best as she can, watching illegally obtained VHS-tapes with Dorsa. But when a missile breaks through the roof of their building without exploding, things will get even tougher. Dorsa suddenly falls sick. She falls prey to feverish delusions in which she chats with an imaginary friend. To the Cartesian spirit of Shideh, these are just fever symptoms, but the neighbors start whispering something else: a Djinn… Babak Anvari’s first feature is not only exceptional because it hails from the Middle East, a region not particularly known for genre cinema. It’s striking because of its affiliation with shockers such as Repulsion or The Babadook, but also, and especially, because of the masterful way in which it uses fantasy as a metaphor for totalitarian excesses.