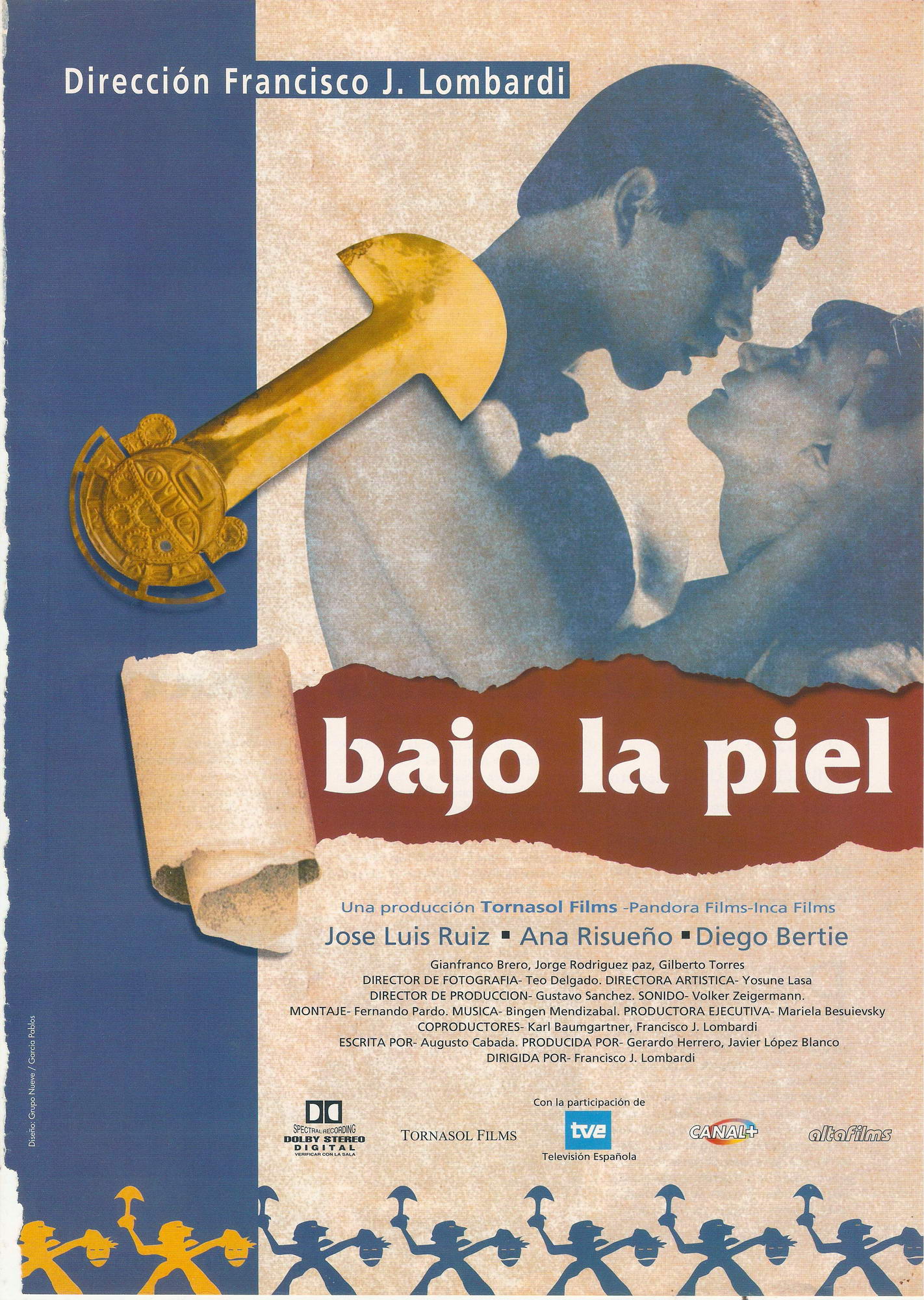 A shy, insecure and peace-loving cop by the name of Percy Corso is appointed at the Palle police station in a small Peruvian village of the same name. Palle was once the homeland of the Moche, the violent yet beautiful people from the pre-Inca era. When a series of crimes is committed in the Moche tradition (young people with their throats cut, bulging eyes and decapitated bodies) Percy Corso is appointed to lead the investigation with a Spanish pathologist and a professor who is specialized in the Moche culture. The increasingly close relationship between the pathologist and Percy Corso moves the policeman to fiery passions and deeper urges he cannot control.
After “Caidos del Cielo” and La boca del lobo, Francisco J.Lombardi directed Bajo la Piel. It was filmed entirely in Peru, specifically in Pacasmayo, a desert area of the Atlantic coast. Passions to be controlled, crimes to be solved, and an important ancestral tradition are all mixed together under the skin of our protagonist. The story was written by Augusto Cabada, screenwriter of Lombardi’s last three films.