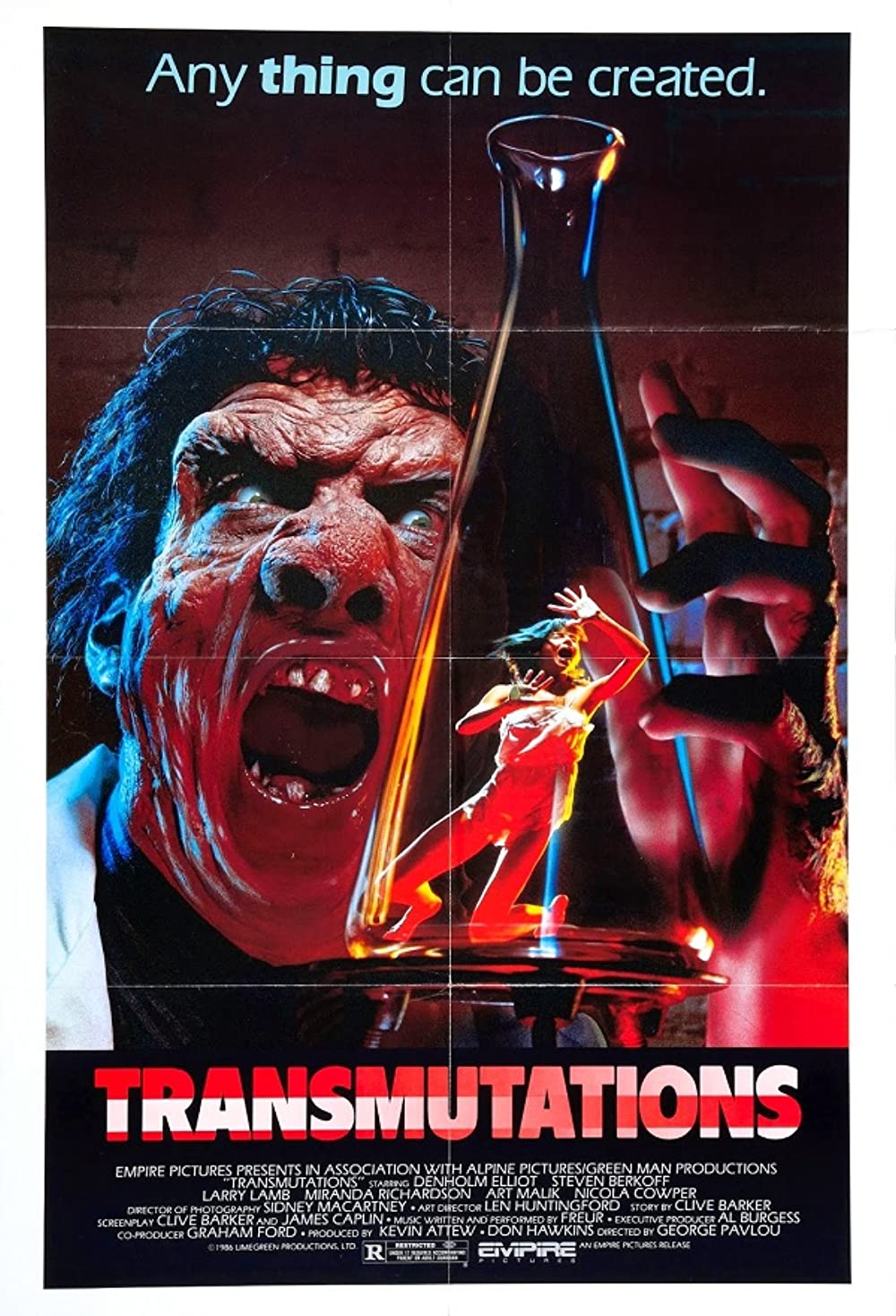 Dr Savaryis is one of those mad scientists who conduct somewhat bizarre experiments. The scientist in question used human guinea pigs in his lab who displayed the most hideous boils, bulges and deformations after the experiment. The victims of the cruel doctor escape from his lab and settle themselves in the catacombs of the city. They are attracted to a young girl, Nicole, who possesses supernatural powers, and abduct her. Her father is a mobster who is furious about the abduction and he sends one of his best men into the catacomb. But the beautiful Nicole feels more at home in the unhealthy, underground world of her abductors where there is no day or night, than above the ground where hypocrisy and cruelty thrive…
Underworld is a fantastic thriller that will only make the spectator dare to watch it between two fingers. The picture shows a lot of film noir characteristics but at the same time bursts with make-up delights. Peter Litten (April Fool’s day, The Last Horror Film), a former disciple of Chris Tucker, is emerging to be a true make-up master.