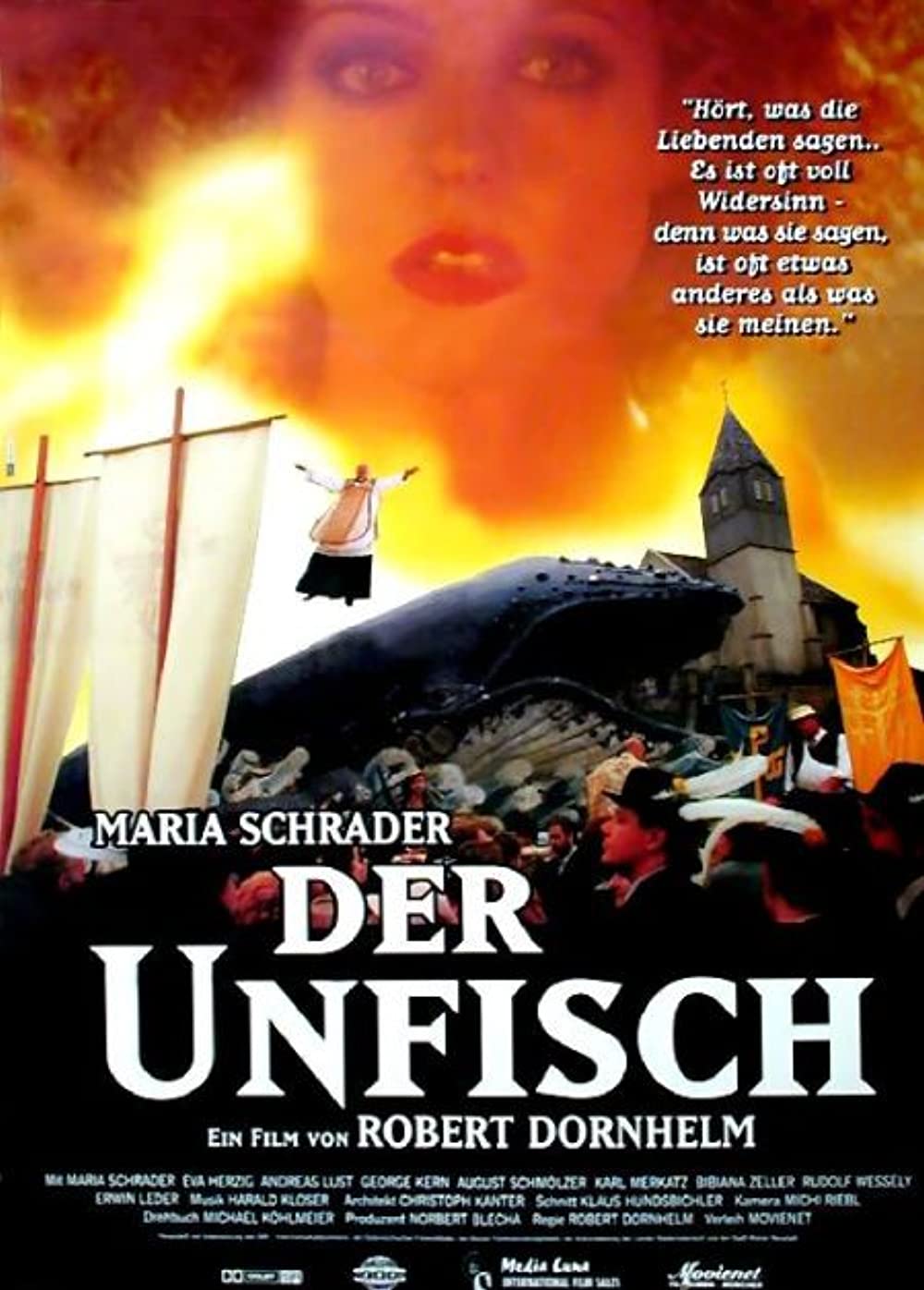 Roberto, a showman, has spent his whole life travelling the country with his preserved whale, showing this strange creature to audiences everywhere. His last journey takes him to a tiny village in the mountains. However, a heart attack kills him before he arrives at his destination. The curious exhibit stands in the marketplace, waiting for somebody to come and inherit it. The village mayor actually manages to find a relative of Roberto’s, Sophie Moor, a young woman who lives in a large town far away. Sophie arrives to deal with Roberto’s strange legacy. Her arrival coincides with a wedding in the village. This turns out to be a most complicated affair. The bride, Maria, is a freedom-loving girl and at the last moment she decides against the wedding leaving Carl, her groom, alone outside the church. Furious, Carl refuses to move from the spot. He may well turn into a monument -just like the dried-out old whale – but he is determined to wait until Maria decides to come back to him. Watching Sophie approach the wale, however, awakens his curiousity.
Director Robert Dornhelm was born in Timisoara, Romania in 1947. He emigrated to Vienna in 1960 where he attended the Film Academy. He made over 100 documentaries for the Austrian Television and won several awards. He worked with stars as Grace Kelly, Max Von Sydow, Christopher Walken and Stephen Rea. With his film The Unfish, he came up with a cinematic fairytale. Dornhelm’s film is a weird conglomeration of a sentimental Heimat-fim parody, a fairytale and a magical farce.