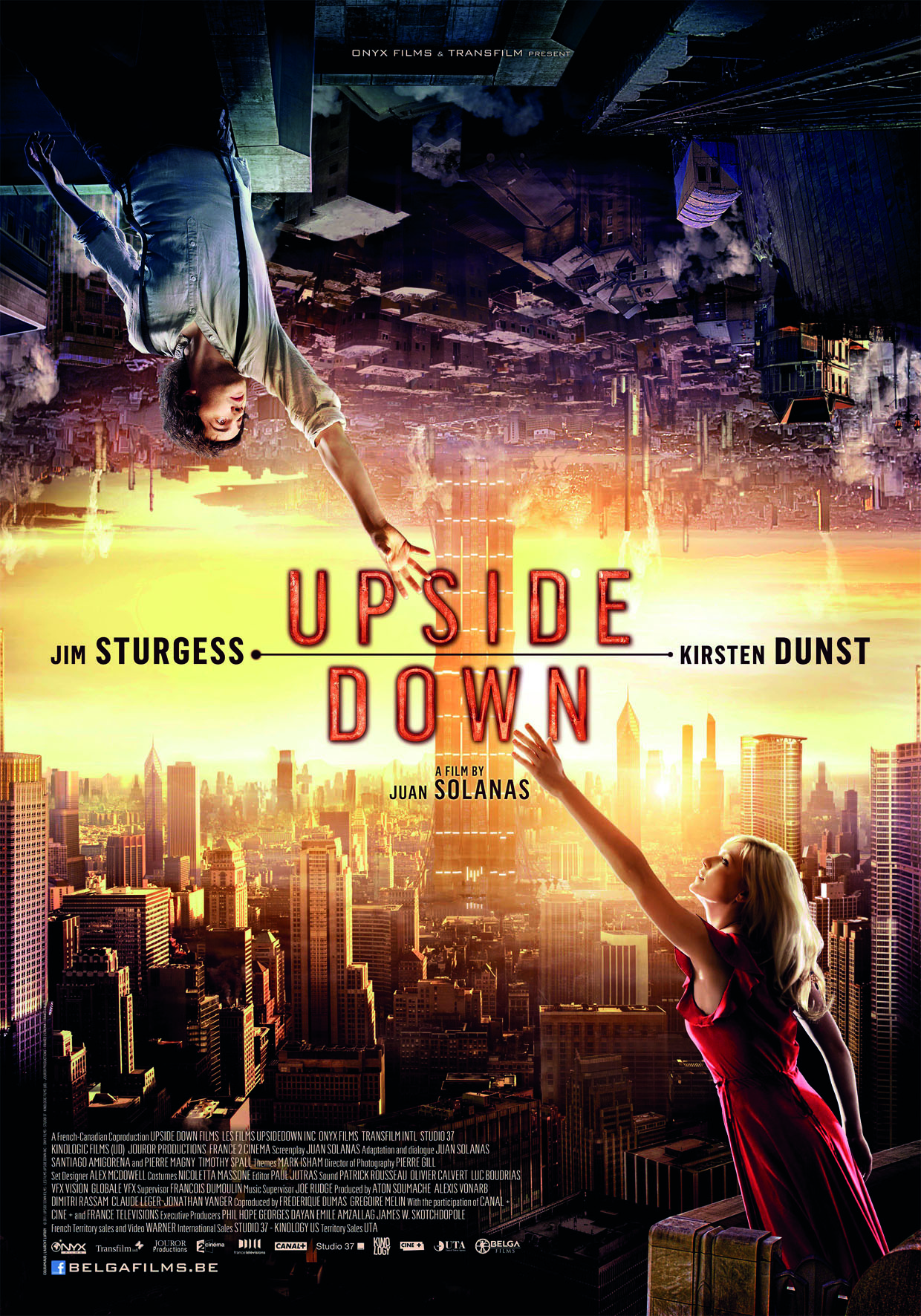 Adam is a seemingly ordinary guy in a very extraordinary universe. He lives trying to make ends meet, but his romantic spirit holds on to the memory of a girl he met once upon a time from another world, an inverted affluent world with its own gravity, directly above but beyond reach… a girl named Eve. Their childhood flirtation becomes an impossible love. But when he catches a glimpse of grown-up Eve on television, nothing will get in the way of getting her back… Not even the law or science! He sets out on a dangerous quest to infiltrate the company and the upper world to reconnect with her. Look up towards the sky and rub your eyes because you won’t believe what you see: cities, forests, and oceans with their own inverted gravity, only an arm’s length away, yet completely unreachable. Take a leap over to this alternate reality, two worlds – one above, one below – facing each other, and you’ll land in the extraordinary world of Upside Down. Directed by Juan Diego Solanas, this visually stunning experience gathers Jim Sturgess ( Cloud Atlas, Heartless ) and Kirsten Dunst ( Interview with a Vampire, Spiderman ) in a magic adventure that is worth all the songs of Diana Ross !