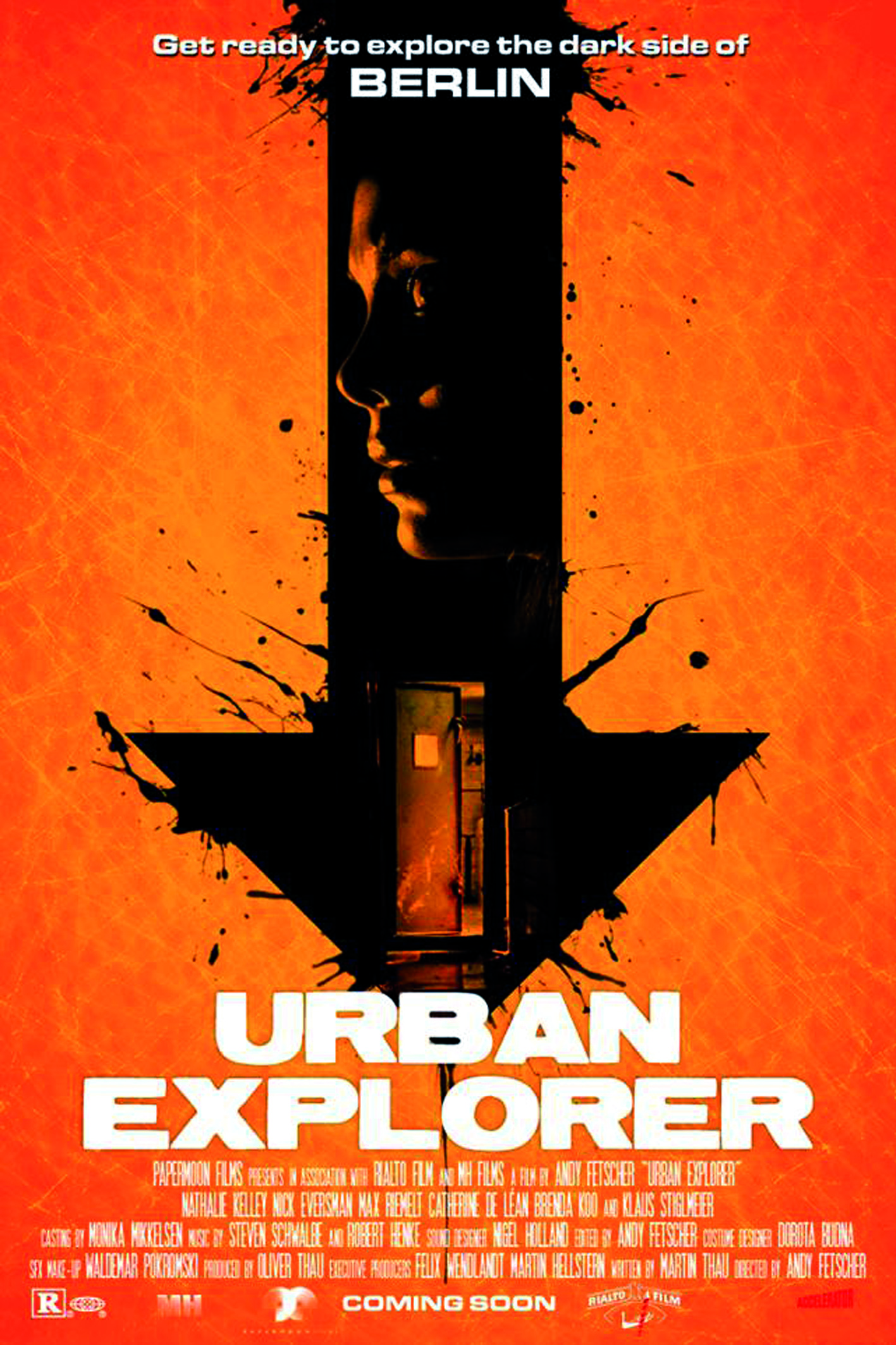 Insatiably curious to explore the world beneath their feet, four young tourists – Korean Juna, French Marie, American Denis and his Venezuelan girlfriend Lucia – engage the services of Kris, a local guide, to lead them through the maze of tunnels, bunkers, cavernous spaces and others WO II remains underneath Berlin. When Kris falls into a shaft and breaks his leg, Juna and Marie try to trace their way back to find help. Denis and Lucia stay with Kris. Suddenly Armin shows up. The former East German border guard knows his way around and proposes to carry Kris to his shelter, where they can contact the authorities. Soon it becomes clear that our urban explorers have made the mistake of their life. Urban explorers are hot ! All over the world, these amateur speleologists explore the hidden and often forbidden world under our big cities. Fertile feeding ground for a new subgenre, you’d say. And it’s young German film talent Andy Fetscher, whose directing debut Bukarest Fleisch was shown at the Bifff in 2008, who dives first into the abyss. Nail biting tension and terror are assured, because Fetscher uses his claustrophobic and creepy sets to maximum advantage. And he’s certainly not stingy with blood, gore and gruesome situations best not viewed upon with a full stomach.