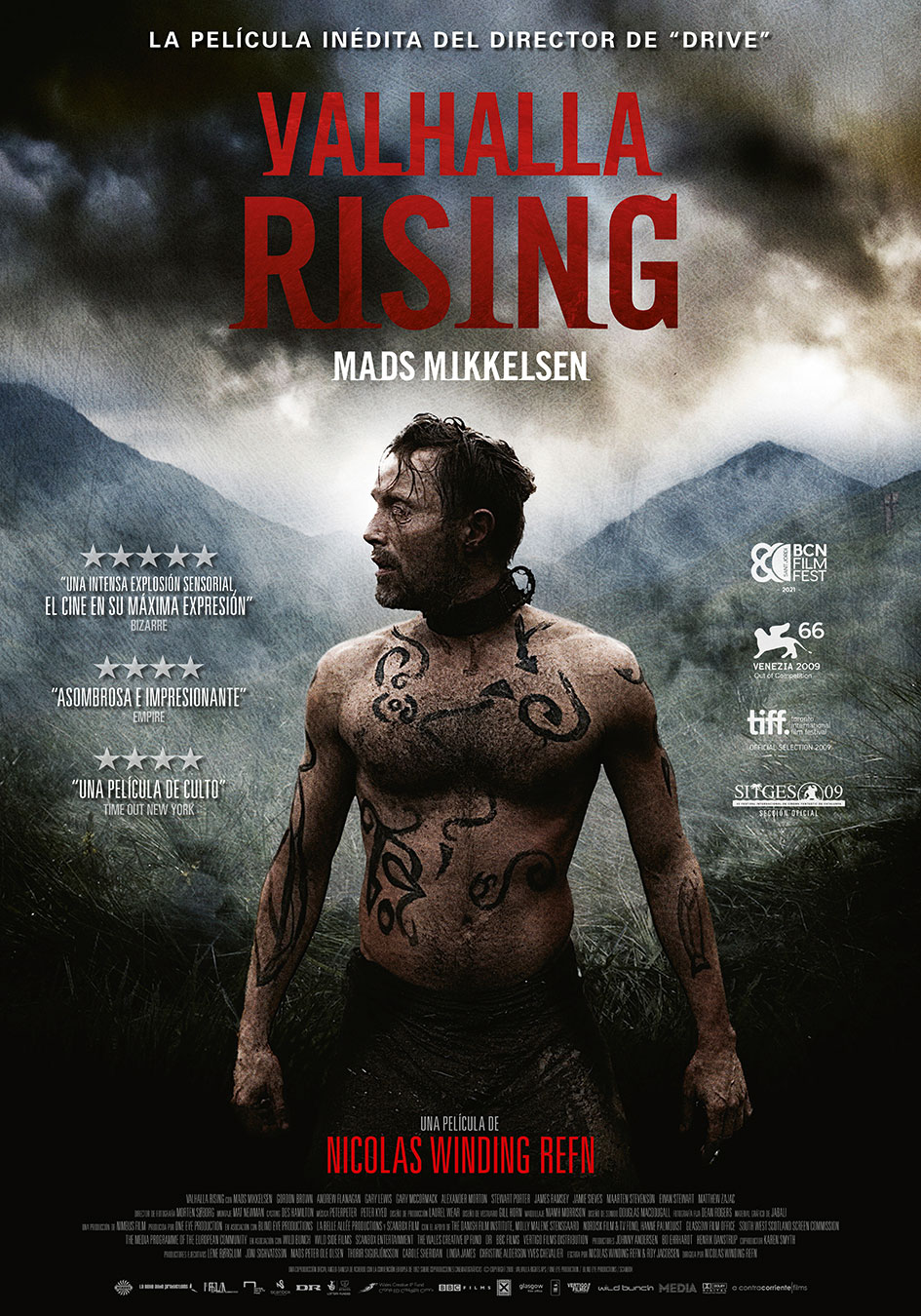 One Eye is a fierce, mute warrior covered with scars. He’s being held prisoner by a tribe that uses his martial skills for death or alive gladiator style contests. One Eye’s existence, chained to a stake with his only human contact being the boy who brings him food, is a monotonous succession of bloodshed. When he’s sold to another tribe, he seizes the occasion to escape from his capturers. One Eye joins a band of Christian Vikings on their way to the Holy Land. An almost supernatural storm drags their ship of course and they set foot on a strange continent that no Western eyes have ever beheld. The Danish iconoclast Nicolas Winding Refn, author of the gangster trilogy Pusher, Fear X ( Bifff 2004 ) and Bronson, has never lacked in courage or ambition. In Valhalla Rising, he tackles the genre of the viking film in a way that would make a berserker faint. Refn mercilessly destroys any religious justification for whatever carnage has ever been done in the name of whatever possible God. Another asset of the film are its landscapes, so strange and desolate that it almost looks like another planet. Danish superstar and Refn favourite Mads Mikkelsen ( Pusher, Casino Royale, The Door ) gives, as always, a charismatic and powerful performance as One Eye. If Akira Kurosawa, Sergio Leone and Andrei Tarkofsky would ever have made a film together, the result would probably have looked like Valhalla Rising.