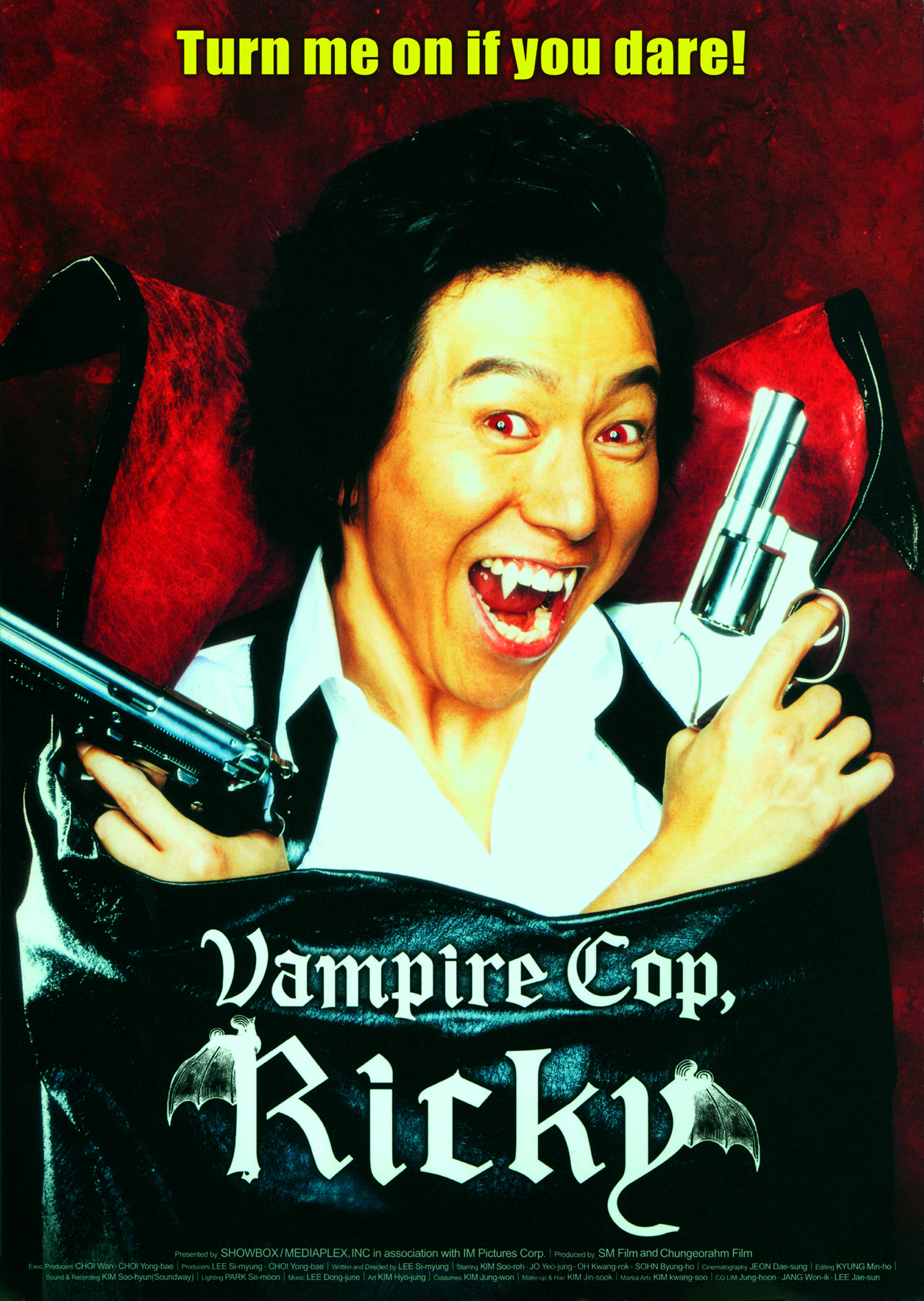 While Dracula is taking his evening stroll, he gets bitten by a mosquito. After sucking the Count’s blood, the insect starts on a journey that takes it all the way from Transylvania to the suburbs of Seoul, right to the neck of hot tempered policeman Ricky. From that moment on, Rick’s body undergoes an amazing transformation. Whenever he gets an erection, he automatically changes into a vampire. As the cop is on a murder case, the whole situation becomes incredibly complicated, especially because he has been bribed by the villain. To make matters even worse, the fiend tries to kill his best friend and colleague and kidnaps his girlfriend. And the only person who can help him, a priest called Father Viau, will kill him when his transformation is complete and Ricky will become a fully fledged vampire. Vampire Cop Ricky is an action packed vampire comedy from Korea that will draw both blood and laughs. To director Si-myung Lee’s credit, he doesn’t treat the concept too seriously, mixing together a dizzying range of genres from police thriller, horror and sex comedy to romance. Lee keeps things briskly moving, with plenty of action and laughs, never allowing you to stop and consider just how improbable it all is. With Soo-roh Kim (Volcano High, S Diary) stealing the show as Ricky, Kwang-rok Oh, who starred in Chanwook Park’s Vengeance trilogy, as Father Viau and Byung-ho Sohn (Spider Forest, R Point) as the bad guy.