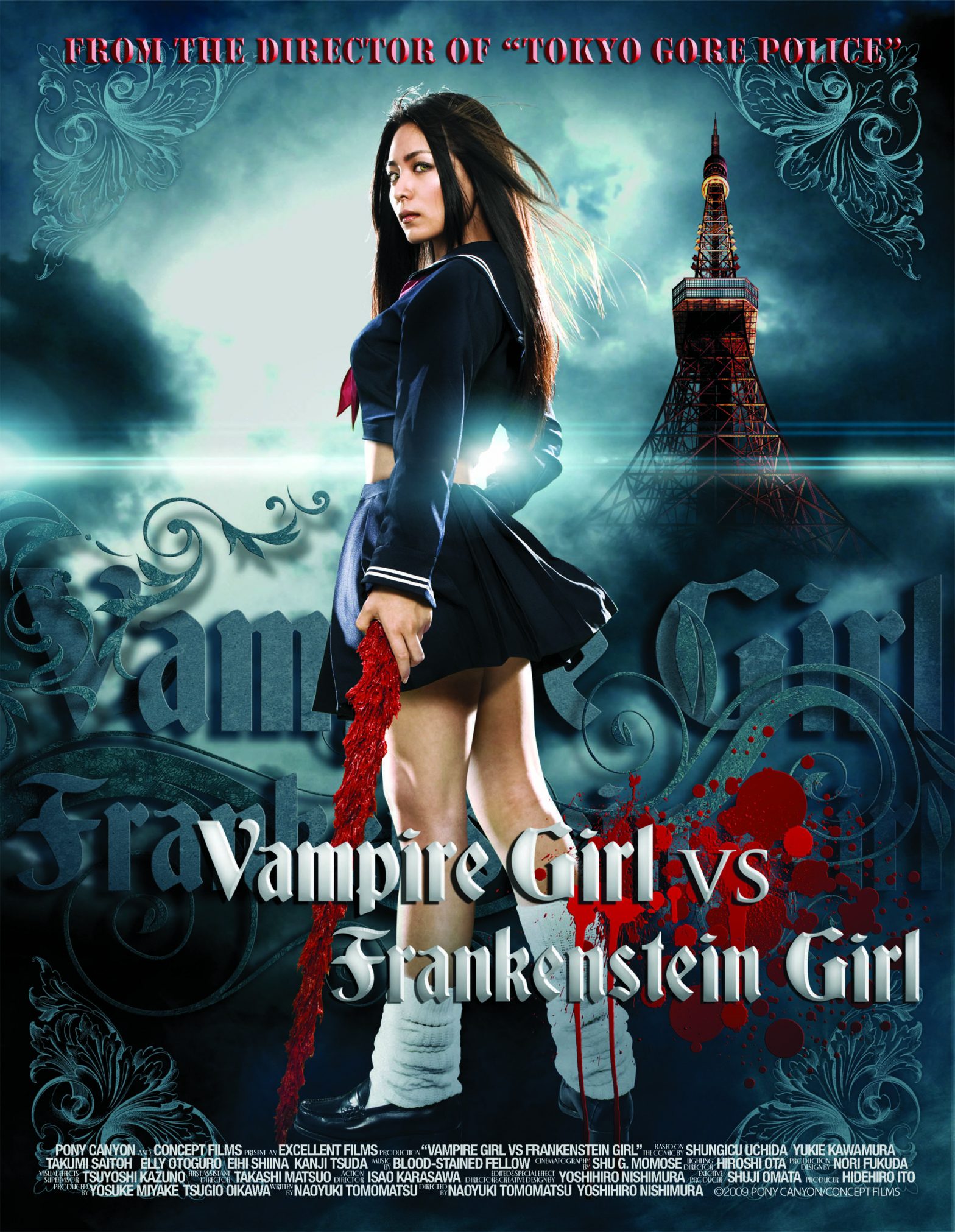 Tokyo High School looks like any other Japanese high school with its usual subcultures. You’ve got the trendy Harajuku girls, with Keiko, the spoilt daughter of the chemistry teacher as their leader. There’s a club of girls that are preparing for the world championship in wrist cutting and you’ve got a bunch of Ganguro girls, who want to be black and cool like Obama. A new addition to this mix is Monami, a transfer student who hopelessly falls in love with school heartthrob Jyongo. Her valentine’s present to him is a chocolate filled with her blood… her vampire blood ! Keiko, who also had her heart set on Jyongo, tries to find comfort with her father, but he’s too busy conducting Frankenstein-like experiments in the school’s basement. When Monami literally reduces her rival to pieces, her father succeeds in bringing Keiko back to life with Monami’s blood. The stage is set for an epic duel between two demonic furies. Prepare yourselves for a feast of spurting blood fountains and cut off limbs equipped with all kinds of deadly weapons, hilariously eccentric subcultures, loads of overthe- top humour and a body count that would make The Terminator blush. Vampire Girl vs Frankenstein Girl is by far the best of this year’s Japanese splatter harvest. Not really a surprise, because its director, Yoshihiro Nishimura, previously gave us Tokyo Gore Police and is also responsible for the sfx of Machine Girl, Hard Revenge Milly and Robo Geisha. Watch out for the cameo by The Grudge director Takashi Shimizu as a chain smoking Chinese language teacher.