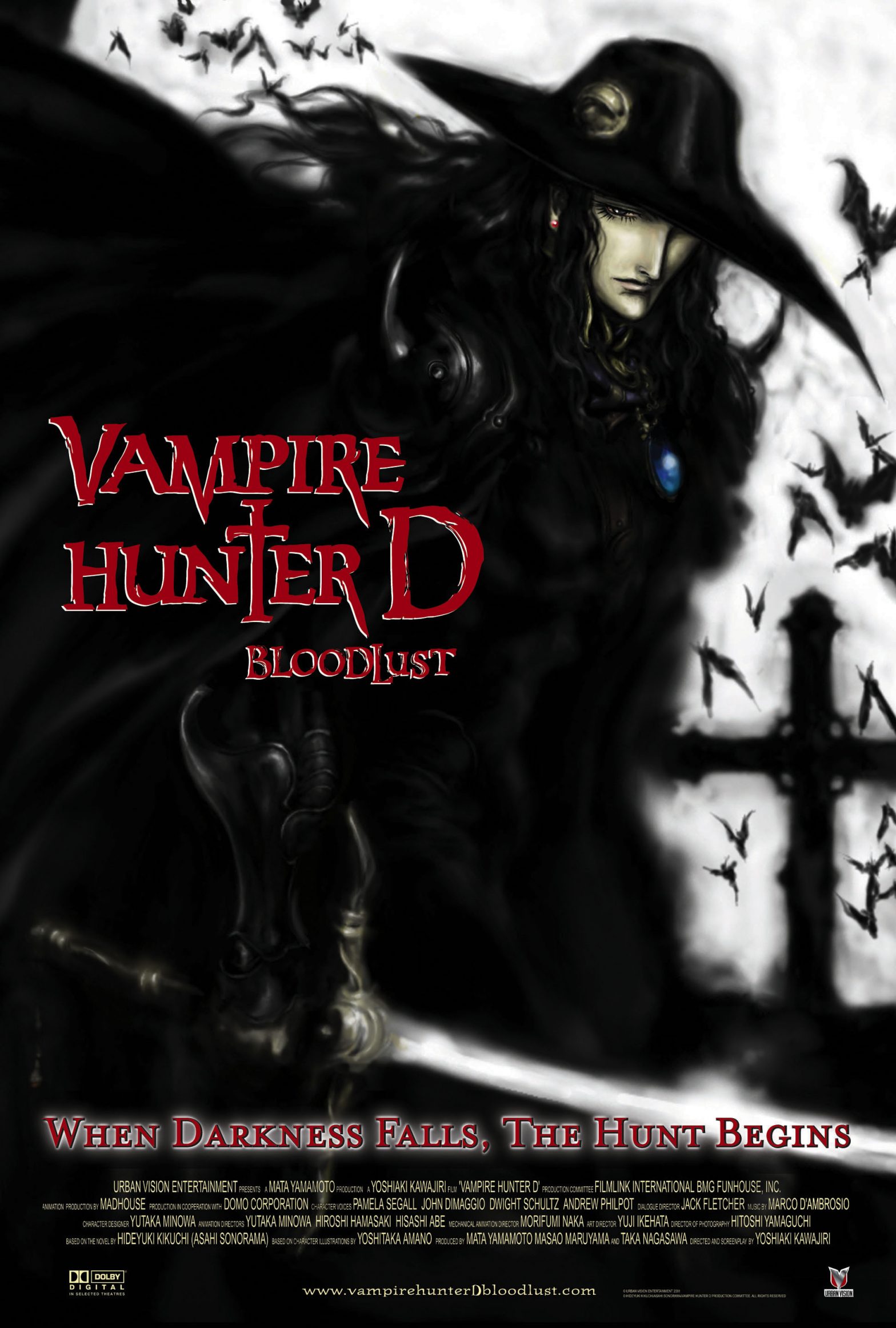 The distant future. After the final war, vampires reigned over the human race. But now, due to an unknown cause, their numbers are dwindling. However, in some remote regions, vampires still rule the night. This has led to the emergence of a special class of bounty hunters. One of them is unlike all the others. Half human, half vampire and constantly at war with himself, he is feared and despised by both vampires and humans. He is known as Vampire Hunter D. When Charlotte, the beautiful young daughter of the wealthy lord Elbourne is kidnapped by a vampire, her father offers a reward of 20 million dollar for he who can kill her captor and get her back. For the first time, D faces serious competition in the form of the Markus Brothers, a family of hunters after the same bounty. They never give up on their prey and they are eager to eliminate any competitors. Along the way, D learns that the kidnapper is Meier Link, a noble vampire who has never hurt humans. Why then did he kidnap Charlotte ? From experienced anime director Yoshiaki Kawajiri (Wicked City, Ninja Scroll) comes an action-oriented animated movie with a dark hero. American- Japanese collaboration assured a strong storyline and highly stylised images, influenced by Todd McFarlane’s comic-strip hero Spawn and the tough and lyrical movie epics of Sergio Leone and Sam Peckinpah.