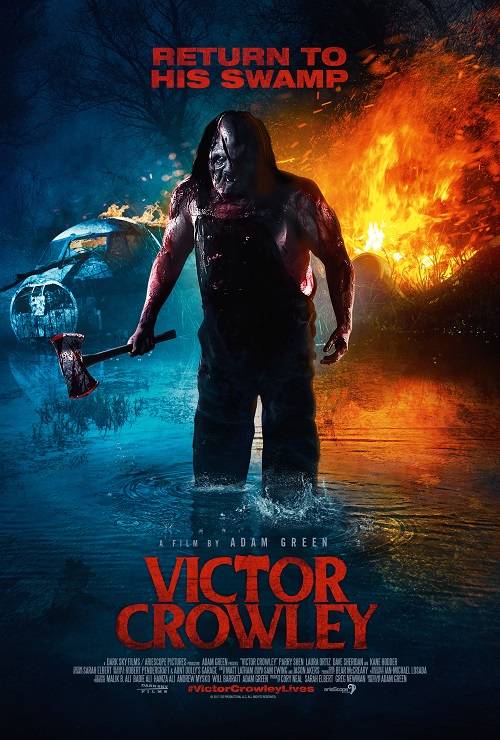 True horror fans know the name of their favourite fictional serial killers : Michael Myers, Jason Voorhees, Norman Bates, Damien Thorn, and… Victor Crowley. After the Hatchet trilogy (2006-2014), this crossbreed between Toxic Avenger and Swamp Thing comes back to life to kill once more ! Based in spooky Louisiana, this instalment goes back to the origin of the Victor Crowley legend. Before becoming a supernatural monster Victor was quietly living with his dad, till a prank-gone-wrong changed his life dramatically. Burned alive in his house while his dad was trying to save him, Victor is now hell-bent on only one thing : getting revenge every time he is resuscitated. You guessed it : you’ll see a lot of gore, a lot of kills and one heck of a killer climbing up the cult ladder to get a seat next to Hellraiser, Jason and other killer buddies. Started as a small and independent horror movie, Hatchet became a fast growing cult phenomenon. In 2006, horror fans where eager to have a new serial killer to love/hate and Adam Green, being a horror buff himself, gave them just that. With this fourth instalment, he continues to demonstrate his talent as a director. He knows what the audience wants : a monster that doesn’t stop after a few kills or lets his mom do the dirty work. Yes, I’m looking at you, Leatherface !