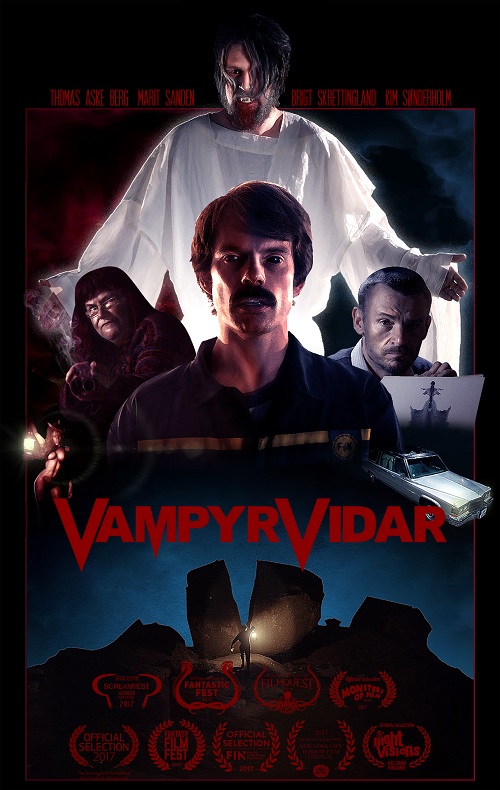 “This story won’t make no fucking sense,” we are warned at the beginning but don’t worry ; you’ll be able to laugh your ass off. Vidar is 33 – the age at which Jesus Christ became a superstar. This sturdy farm boy still lives and works with his strictly religious mother. But he’s fed up with country life and dreams of wild rolls in the hay with voluptuous women. In a moment of despair, he prays to God to release him. After a nightly vision, during which he meets a babe with horns and a Christ figure with vampire teeth, he wakes up with a hangover. All of a sudden he’s become allergic to sunlight, so he outsources the farm and moves to the city, where he indulges in a life of debauchery. Maybe a session with a therapist will finally bring redemption ? Ever since his childhood, Thomas Aske Berg has had only one wish: to play in a vampire movie. Unfortunately, there’s no such tradition in Norway, so what did he do? He wrote, produced and directed Vidar the Vampire, the very first one, and while he was at it he also played the leading part and wrote the soundtrack. The result is a wacky horror comedy which pokes fun at sex, religion, and the Norway of life.