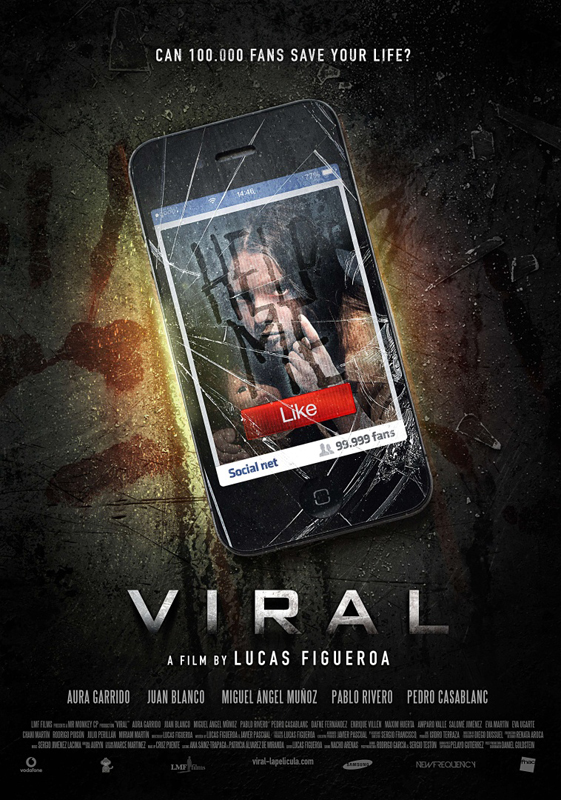 25-year old Raúl gets to win a ground-breaking competition. He now has to live in a media store for a week and cannot leave the building under any circumstance. His only contact with the outside world are social networks. The aim of the game is to get 100,000 followers. But winning soon becomes a secondary goal. As well as trying to seduce Lucía, a girl at the cash desk he’s madly in love with, and overcome his terror of enclosed spaces, Raúl must also confront strange goings on in the night. Something disturbing is stalking the corridors; a malignant being that makes Raúl fear for his life. Is anxiety and stress making him see things? Are these phenomena production-designed to increase the ratings? Or is there really something dangerous in the building, trying to kill him? Even since Jaume Balaguero scared the sh*t out of us with scary stuff in small spaces, claustrophobic horror has become a bit of an Iberian specialty. The most recent addition to the lot is Viral, directed by Lucas Figueroa, an award winning Argentinean commercial director who has moved to Spain. Viral is one very effective exercise in claustrophobic terror set in a very original location; a temple of modern mass consumption!