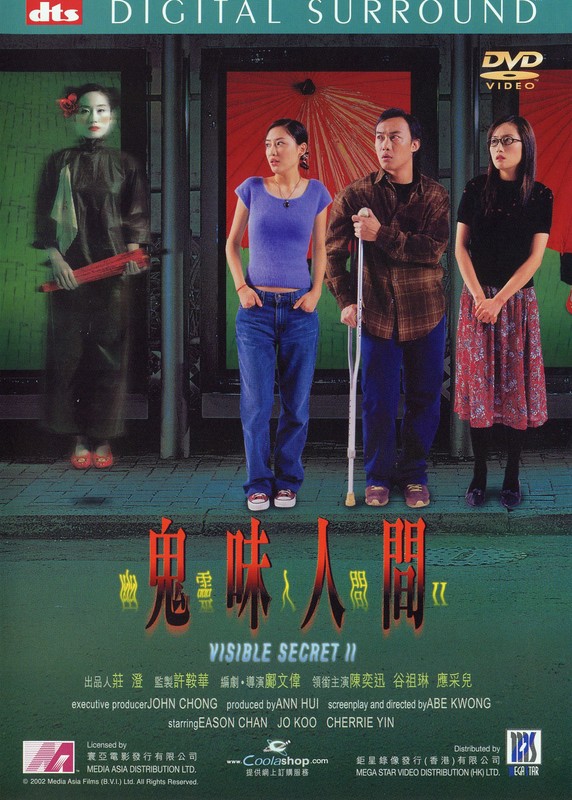 The moment Jack and his newlywed bride Ching move into the apartment they recently purchased at a suspiciously low price, spooky things start happening in spades. Notwithstanding Jack’s miraculous recovery from a near fatal accident by a hit-and-run driver outside his building, everything starts going downhill. Very soon Jack is convinced that the apartment is haunted and his bride possessed. With the help of September, a mysterious friend, Jack finds out to his horror that he practically knows nothing about his wife. Before he realizes it, he has been sucked deeper and deeper into a quagmire of no return.

In 2001, producer Ann Hui (Boat People, Song of the Exile) and director Abe Kwong (F***/Off, Fighting to Survive) created one of the most horrifying Asian horror movies of the year. Visible Secret soon started to pile up the awards. Its successor, Visible Secret II is an even creepier, scarier movie with a strong, character driven plot and starring Eason Chan (Visible Secret) as Jack, Jo Koo (The Hit Team) as Ching and Cherrie Yin (Full Time Killer) as September.