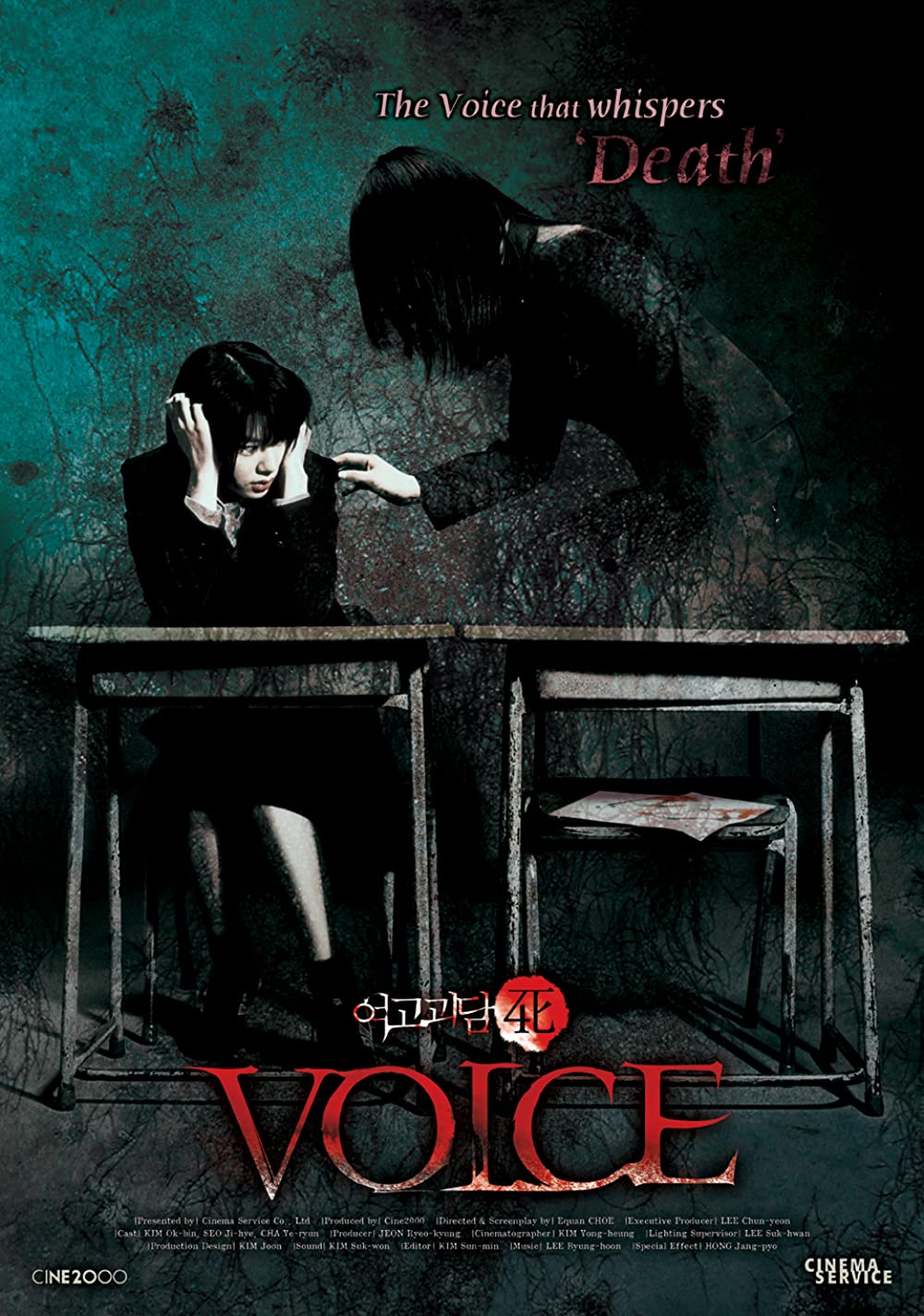 Sung Wong High School for girls. Young-un and Sun-min are best friends. Sun-min is the loud and energetic one. Young-un is the quiet one. She‘s known as a good singer. One night, while Young-un is singing in the music room, she’s interrupted by a weird voice. As the beautiful song fills the school, Young-un is killed. The next day, Sun-min worries about her missing friend. During lunch, she hears Young-un’s voice desperately calling her. Scared out of her wits, she decides to follow the voice, but her friend is nowhere to be found. This supernatural incident triggers off a flood of suspicions and mysterious events, involving an enigmatic teacher and another student who can also hear the dead. The Whispering Corridors horror series has been a huge success in Korea. The setting is always the same; a high school for girls. And the supernatural is always triggered by the despair, the anxiety, the fierce competition and the bullying that is generated by a suppressive educational system. In Whispering Corridors, a ghost visits a school for 9 years. In Memento Mori (Festival 2000), it’s the secrets contained in a diary. In Wishing Stairs, it’s the stairs that are believed to make dreams and nightmares come true. Now in Voice, the origin of horror is sound. The film focuses on the terror that a ghost feels as her voice, her only connection to life, slowly disappears. Debut director Equan Choe, assistant director on the first Whispering Corridors, adds a touch of melancholy and emotion to this frightening fourth part of the saga.