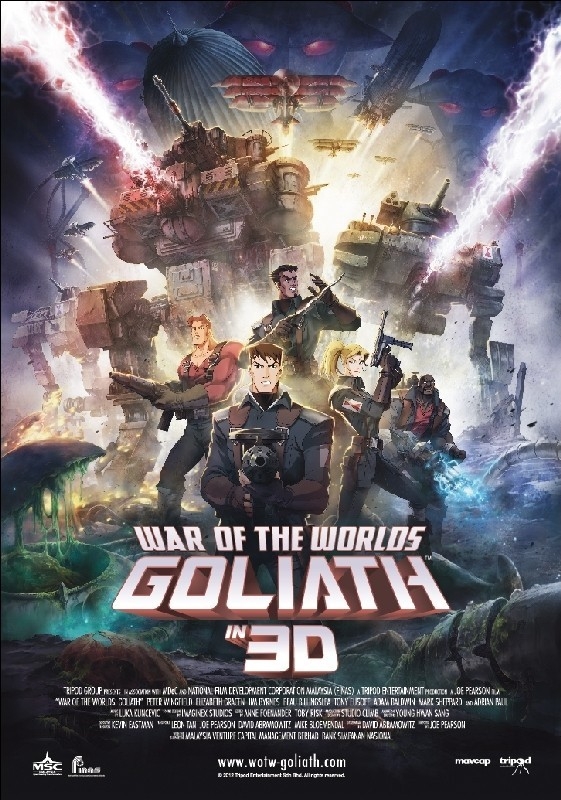 WAR OF THE WORLDS : GOLIATH

In 1899, Earth was attacked by ruthless invaders from the planet Mars. 80-foot high, heat ray-spewing Martian Tripod battle machines laid waste to our planet, but were ultimately felled by microbes native to Earth. In the ensuing fifteen years, humanity rebuilt its shattered world, utilizing technologies strewn across the landscape following the Martians’ demise. However, geopolitical tensions have increased as an arms race erupts within the old world : The British Empire, Kaiser Germany and Czarist Russia. Much like our own 1914, this alternate steampunk Earth is also at the brink of its first world war. The newly-formed League of Nations has created an international rapid reaction force, A.R.E.S., to be the first line of defence against the return of the Martians. And they should be ready, because this is the time the Martians have chosen to invade again ! This American-Asian steampunk extravaganza, an imaginative sequel to HG Wells’ classic, took five years to complete. War of the Worlds : ( in glorious 3D ) was directed by Joe Pearson, animation supervisor for the anime Highlander : The Search for Vengeance, and is stuffed with thrills for diehard fans of Steamboy and Akira : retro-futuristic scenery, heroic battles, superb production design and non-stop action that will not give you one moment to relax.