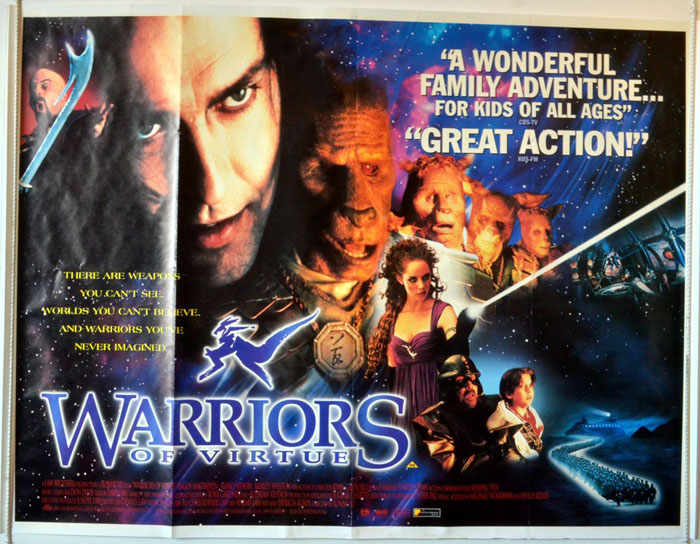 Ryan Jeffers is a teenager with a physical ailment. He escapes the confines of reality by submerging himself in a fantasy world, the mythical land of Tao, where peace and harmony are defended by the five Warriors of Virtue. Yun represents the virtue of benevolence and the force of water. Yee, righteousness and the strength of metal. The virtue of order is represented by Lai, with the integrity of wood. Wisdom is Chi’s virtue and the power of fire his forte. Tsun’s virtue is marked by loyalty and the security of earth. These creatures are half human, half kangaroo. Their strength and energy are derived from the earth’s elements: fire, water, and air. Their own martial arts style is unique, using a combination of the body, heart, soul and intellect. Together with the warriors of virtue, Ryan will have to save Tad from the evil warlord Komodo, who wants to destroy the essence of this magic world: the lifesources.
The age-old story of good versus evil is about to get a new spin with the $36 million film Warriors of Virtue. The film is a production of the Law brothers, four doctors in Denver who were raised in Hong Kong. They hired Hong Kong filmmaker Ronny Yu, the dynamic director of 14 features, including The Bride with White Hair. The Characters, or Rooz as they’re affectionally called, were created by Tony Gardner, a 13-year veteran of special effects who worked on such films as Aliens, Cocoon and Gorillas in the Mist. Hong Kong costume designer Shirely Chan and her team had the daunting task of fabricating 5,000 costumes for the large cast.