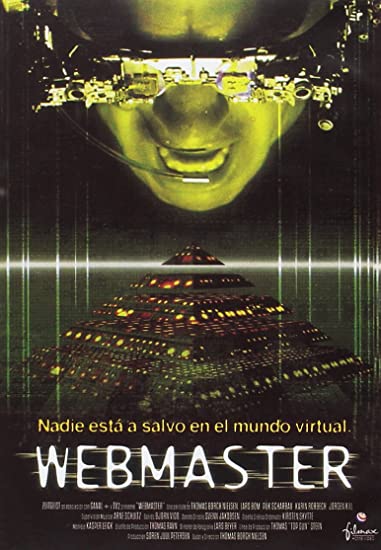 Copenhagen, 2011 A.D. Legendary hacker JB is kidnapped and coerced into an espionage operation that is threatening to his life. A time bomb in the shape of a device in his chest gives him 35 hours to reveal whether a woman is unfaithful to her powerful husband. But the woman entangles JB in a web of lust and murder plans. At the same time, JB’s friend Michael, a detective inspector, is on the trail of a killer now up to victim number three. Unwittingly, the two pals are working on the same case.
With Webmaster, a Danish film by director-screenwriter Thomas Borch Nielsen, we plunge into a future where the Internet has become indispensable to every aspect of our lives. With references to the universes of Phillip K. Dick and William Gibson, this low-budget achievement proves once more that Denmark, together with Spain, has become one of the showcases of European fantasy.