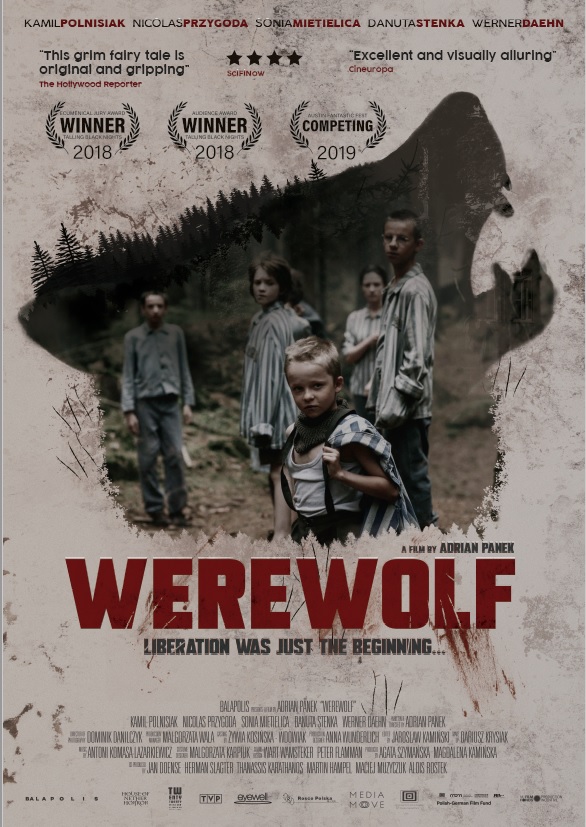 1945, the Second World War has just finished. Soviet soldiers reach the Groß-Rosen concentration camp and set free the remaining prisoners. A group of orphans is transferred to a derelict mansion deep in the woods, where they’ll have to fend for themselves. Fear and death are all they’ve ever known. They’re still wearing their camp uniform with the blue and white stripes, they prefer not to share food with others, and a fork is a utensil they have never even seen. Living for them means only one thing: surviving. To make matters worse, all adults seem to have vanished from the face of the earth. Then, the house is being attacked by hungry Alsatians that used to guard the camp and have gone feral… Once again, the children are scared to death and the survival instinct from their camp days takes over. With WEREWOLF, an original mix of psychological drama, war thriller, and horror movie, Adrian Panek won the Best Director Award at the Polish Film Festival. He creates an atmosphere of constant fear and the unique location makes the story even more haunting. Next to the convincing child actors, we recognize Werner Daehn (VALKYRIE, THE LIVES OF OTHERS, XXX) as the sinister SS soldier who makes the nightmare continue.