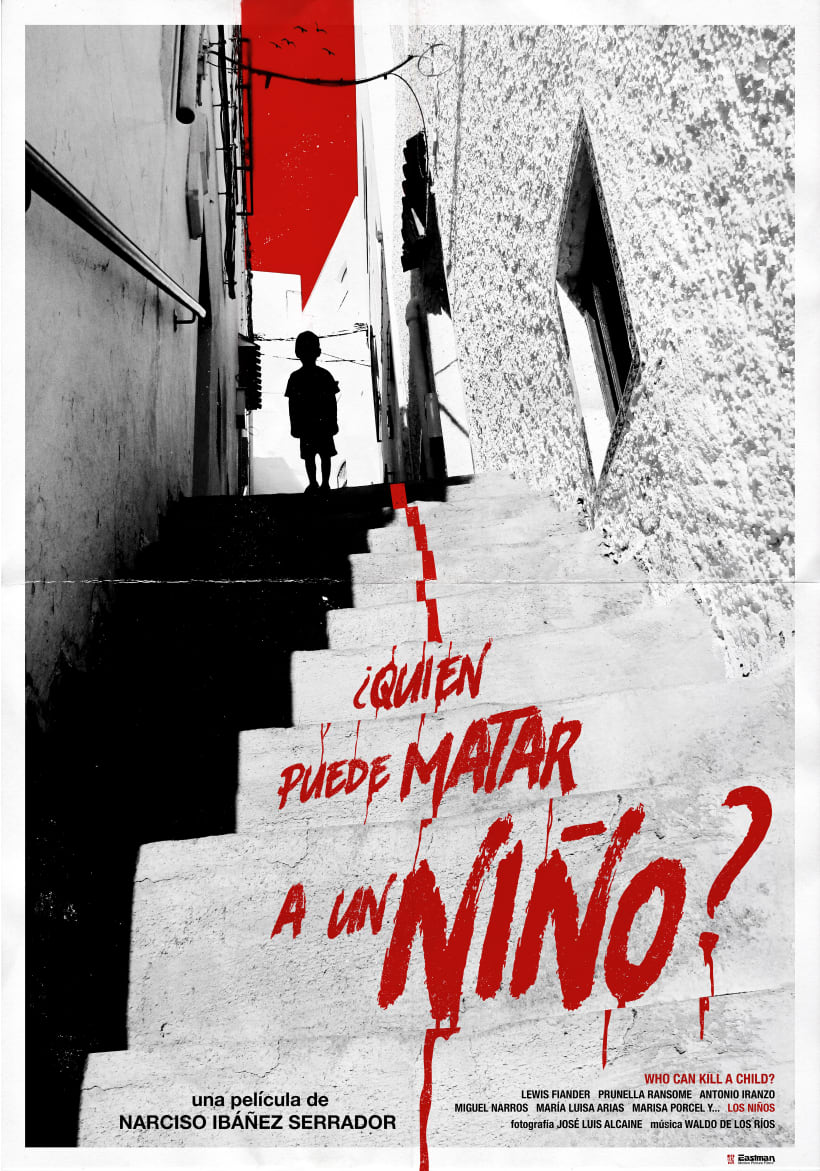 WHO CAN KILL A CHILD?

An English couple decide to treat themselves to some serious sun-bathing, but preferably without the crowds of drunken tourists that usually go along with that. The two lovebirds pick Almanzora, a lesser-known Spanish island. And yes, it has everything: the white sandy beaches, blue sky, sun all year long… The only downside is the reception: not a single adult in sight, a ghost town and a bunch of kids that really love playing the piñata. No matter on what, or on whom… Narciso Ibañez Serrador’s controversial WHO CAN KILL A CHILD? came out in 1976 and immediately got banned in a great number of countries. To no surprise: the film tackles – and mercilessly breaks – many taboos concerning childhood. A lawn-mower massacre like in BRAINDEAD is jolly good fun, but are we able to kill the ultimate symbol of innocence? It’s that psychological barrier that Serrador willfully annihilates with this shocking piece o’ film. Come and (re)discover this staple of Spanish horror cinema on the big screen as an hommage to Serrador, who sadly passed away last year (no children were involved). You just can’t get enough? Well, good news: the Offscreen Film Festival and the Instituto Cervantes are already planning a screening of his debut THE HOUSE THAT SCREAMED for 2021!